The present Canadian approach to wildland/urban interface fires requires a “radical and sweeping strategic shift,” the Institute for Catastrophic Loss Reduction (ICLR) said in a newly released report into the Fort McMurray wildfire. 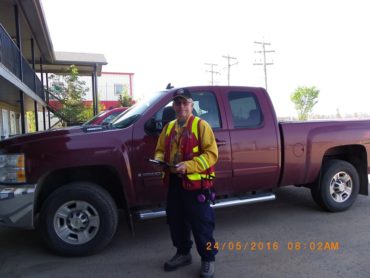 The final report was titled Why some homes survived: Learning from the Fort McMurray wildland/urban interface fire disaster and released on Thursday. Written by Alan Westhaver, principal of ForestWise Consulting Ltd. and now-retired wildland fire expert for Parks Canada, the study considered the question: “Why did some homes survive this wildland/urban interface fire with little or no damage, while others were vulnerable to ignition and destroyed?”

Overall, observations made by Westhaver during this investigation confirm that the Fort McMurray disaster followed a well-recognized pattern known as the “wildland/urban interface disaster sequence,” information from ICLR said. “This progression can only be broken, and disaster avoided, by substantially increasing the proportion of homes that are resistant to ignition – especially by embers. Some encouraging evidence in support of halting the ‘disaster sequence’ was found at localized sites on the urban perimeter, but these were not numerous enough to deter the spread of fire from structure to structure towards the urban core, and eventual development of an urban conflagration,” the information said, adding that “in these regards, the results of this investigation closely align with those from similar case studies and research conducted elsewhere.”

In order to conduct a proper analysis of each property looked at, Westhaver developed a formal methodology to evaluate the relative vulnerability or fire resistance of homes. His observations concentrated on residences near the edge of urban neighbourhoods where wildland fire first spread to, and established among, structures. Westhaver was able to establish levels of hazard associated with 20 individual factors contributing to ignition potential of homes. He conducted his research in Fort McMurray between May 19 – 28, 2016, when the city was still off limits to evacuees.

The report found that vegetation/fuel contributed the greatest proportion (50-75%) of wildfire hazard scores in all home survival/loss situations, both for burned and surviving homes. The most prominent positive attributes of surviving homes included, among other items, specific vegetation/fuel conditions, uncluttered yards with relatively few combustible objects and ignition sites and low flammability surface fuel (i.e. partially greened lawn and restricted or no use of wood mulches).

According to the report, the present Canadian approach to the wildland/urban interface fire problem “requires a radical and sweeping strategic shift that brings primary focus onto the root of the problem. That is, resolving this problem definitively and responsibly will require reducing the vulnerability of homes that are easily ignited by the inevitable showers of wind-driven embers from wildland fires.”

Westhaver said that this issue can only be accomplished by mitigating known hazard factors at residential structures, and within about 30 metres of them. This re-orientation is essential because burning fragments of fuel from grassland, bush and forest fires lofted and transported by the power of large wildland fires are able to surpass any possible man-made defense provided by fireguards and fuel modified areas established at the margins of communities, Westhaver explained.

He also asked in the report if the massive wildfire will be “the launching pad that causes us, as firefighters and managers of public safety to pivot, shift our attention away from responding to and fighting fire (and fuel), and advance into an era of helping residents develop fire-resilient communities that can cope with the inconvenience of wildfires but are also prepared, and bounce back quickly from its impacts?”

Part of the solution, Westhaver maintained, is for the federal government to achieve the vision of making fire-resilient communities the norm across Canada by: “providing decisive leadership and the sustained resources required to deal more effectively with this urgent, growing pan-Canadian issue; and “establishing a private/public partnership comprised of industry, governments, disaster relief organizations, and citizens with interests and abilities in community wildfire protection, and tasking them to deliver a single, consistent, and comprehensive National FireSmart Initiative.”

The seven recommendations also suggested that “strategic changes in urban land use planning, regulations and building codes be considered to promote conditions on adjacent parcels of land that reinforce the mitigation efforts of homeowners, create synergy and contribute to lower potential for wildland/urban interface disasters.”

“No, this fire was not, at least initially, an insurmountable force that rolled into, and over, an entire community like a smashing tidal wave,” the report concluded. “Primarily, it was millions of raisin-sized firebrands searching for places to carry on with combustion, and succeeding all too often. Today, with many of the questions answered and a few pivotal lessons learned, there is both evidence and optimism that the magnitude of future disasters can be reduced, if not avoided.”

The Fort McMurray wildfire in early May of 2016, considered the largest insured natural catastrophe in Canadian history, is estimated by Catastrophe Indices and Quantification Inc. (CatIQ) to cost the insurance industry about $3.6 billion in losses. It forced the evacuation of about 88,000 people and destroyed approximately 2,400 homes and buildings.