A spike in major claims resulting in record losses from catastrophic disasters across Canada over the last few years has created significant challenges for insurance carriers in 2017, a situation that has had an impact on customer satisfaction with the claims process, notes a new study from J.D. Power. 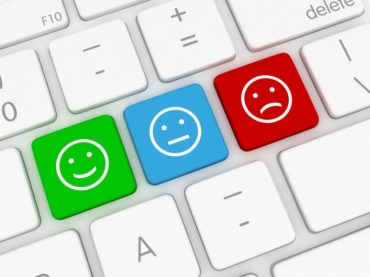 “Catastrophic claims on the scale of what we’ve been seeing over the past few years in Western Canada, and over the past several weeks in Quebec, have put a tremendous strain on insurance carrier resources, affecting everything from longer-than-average claim payment cycles to customers experiencing greater annual premium increases,” explains Valerie Monet, director of the insurance practice at J.D. Power.

How satisfied customers are with their homeowners insurance company – calculated on a 1,000-point scale – is based on five factors (in order of importance): non-claim interaction (considers local agent or broker, call centre service rep and website); policy offerings; price; billing and payment; and claims.

Regional carriers in Western Canada – the site of Canada’s most expensive Cat ever, the Fort McMurray wildfire – saw the greatest hit to customer satisfaction with the claims process. As a group, J.D. Power’s annual study shows they experienced a 10-point decline in customer satisfaction to 796 in 2017 compared to 806 in 2016.

But “in the overall relationship customers have with their insurer, claims represent a small component of customer satisfaction since not every customer files a claim.”

That being the case, the statement points out that while claims satisfaction may be slightly down for regional carriers because of increased claim volume in the West, customer satisfaction, nonetheless, improved overall by 37 points.

The driver for this was “insurers significantly improving non-claims interactions through their website; local agent/broker; and customer service representatives.”

“Though the immediate effect of these spikes in claims is felt most by regional carriers,” Monet says, “some leaders in the industry have found ways to buck that trend by providing truly great customer experiences even in periods of significant operational stress.”

Almost half (48%) of respondents in Quebec report they have overland flood coverage, a percentage at odds with Insurance Bureau of Canada estimates that just 10% to 15% of homeowners in the country have flood coverage.

“It is too soon to assess exactly how the recent floods in Quebec will affect customer satisfaction,” J.D. Power reports.

Even in losses on the scale of the Fort McMurray fire – which can produce overwhelming logistical challenges for carriers – “those companies that follow best practices for proactive customer communications can still achieve superior levels of customer satisfaction,” Monet says.

“This has huge implications for carriers currently dealing with an influx of calls stemming from the flooding in Quebec – regardless of whether the customer is covered,” she advises.

Overall satisfaction among those in the Western region who have had to make a claim is lower compared to those in the Atlantic region, Ontario and Quebec – 773, 789 and 812, respectively.

However, J.D. Power further reports that average satisfaction scores for carriers in the West that provided a timeline for the claim process and met that timeline is 823.