Should the industry have a specific line of business for ‘catastrophe’?

Is it time the insurance industry starts zeroing in on a single definition of catastrophe?

Traditionally, the industry would offer a named perils policy outlining specific catastrophe coverages or an all-risks policy, which covered risks unless they were specifically excluded. But Phil Cook, property and casualty insurance consultant and chairman of Omega Insurance Holdings Inc., said it’s time to rethink the industry’s catastrophic exposure situation. 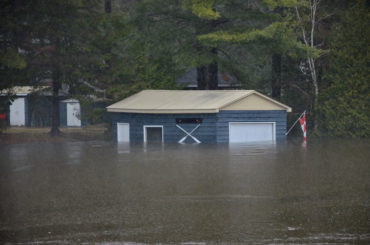 “We need to find a way to fund those catastrophic exposures without relying on the premiums that are actually exposed to those exposures,” Cook said Thursday, speaking at the Insurance Institute of Canada’s Industry Trends & Predictions: 2020 breakfast in Toronto. “That’s a bit of a criticism of the industry, but you can’t expect to cover all of the earthquake exposures from premiums from people that live in earthquake zones. You can never expect to cover all of the flood damage exposure from only people who live in flood-damaged areas. You can go through the whole list [of exposures].”

In 2018, the industry saw over $2 billion in insured Cat losses and the industry is crossing the $1 billion mark every year, according to Catastrophe Indices and Quantification Inc. (CatIQ). Laura Twidle, CatIQ’s managing director, recently told Canadian Underwriter “it wouldn’t surprise us to see an average $2 billion annually within the next few years.”

Cat exposures don’t need to have a specific named perils associated with them, and spreading the premium would be better than putting exclusions in, Cook said at the event. “There’s really only two ways to avoid that catastrophic exposure: one is to exclude it, which makes us even less relevant from the government’s point of view, or we find a way to collect premium to cover those exposures.

“In my opinion, the second option is best. And that requires us to come up with a new category of exposure, namely catastrophic exposure.”

If that coverage was available, delivered and described properly, and Canadian homeowners bought it, “it wouldn’t take a very significant premium to cover the catastrophes as they take place, whatever the catastrophe is,” Cook said.

During his presentation, Cook referred to Public Safety Canada’s Canadian Disaster Database, which has tracked and categorized disasters since 1900. The database includes a very specific definition of a disaster, which includes one or more of the following:

“Wouldn’t it be interesting if we had a category called ‘Canadian disasters’ in our coverages which didn’t define what the cause was, but defined what the effect was such as this?” Cook asked, referring to the federal government’s disaster criteria.

“It would require catastrophic loss to be a specific line of business… and it would require perhaps a rider or endorsement cover for catastrophic exposure. I think the public would understand it if they integrated it with the government description of what a disaster is – very simple to understand.”

Using flood as an example, Cook said it doesn’t matter how the water arrived in a person’s home, “it’s still flood to them. That’s not a criticism. I think it’s time perhaps to start zeroing in on a single definition.”

There will be more focus on “sharing” the impact of Cat exposures was one of Cook’s Top 10 predictions for 2020 (and beyond) at the Insurance Institute event. “I would like to see our industry move in the direction I said, i.e. categorizing it as a Cat for coverage purposes. Even if that doesn’t happen, I think we’ll see more liaison between insurers and other insurers, perhaps going back to more subscription-type policies and certainly more relationship with reinsurers to invest that.”