Those in Canada’s property and casualty insurance industry must think outside the box and understand the importance of coupling new products with new delivery methods to meet ever-increasing and ever-changing customer expectations, Philip Cook, CEO of Omega Insurance Holdings Inc., argued Wednesday during Industry Trends and Predictions: 2017 in downtown Toronto. 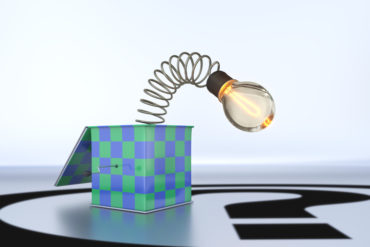 “We need to challenge the box because I’m not sure you can change the box if you’re part of the box,” Cook suggested to attendees of the annual event hosted by the Insurance Institute of Canada.

“What we’re not doing very well is new products through new delivery systems because we’re not quite at that point as an industry,” he said. “That’s something that we’re going to have to move towards as we try and get outside of this box.”

And making changes sooner rather than later is essential, Cook suggested, given how quickly disruptors are moving.

“What the client wants is to be able to deal with our industry in a similar way that they buy other products. We’re nowhere close to that,” he said. “We’ve got to recognize that our real competitors that are setting the bar for us” are not insurers or brokers.

It is other industries “that are competing for our customers, albeit on our products. At some point, they will triage that connection into being a disruptor, and they will start to sell our product through their distribution network and we’ll be left in the dust.”

“The insurance industry probably has been the least affected by disruptors until now,” Cook argued.

“We’re ripe for disruptors to come in and change the way we do things, the way we think about things,” he said. “We need to be the disruptee, not the disrupted.”

Redefining the box is also expected to be key as the insurance industry works to remain relevant. “Our industry is, in my opinion, in danger of becoming irrelevant.”

Looking at who is currently the largest insurer, “we have to conclude it’s the government,” Cook said, pointing to the significant portion of uninsured or underinsured catastrophic risk.

“The government insurer, if you want to call it that, has the benefit of being able to collect the premium after the event. It’s called taxes. We have to collect before the event, which is extremely difficult,” he said.

But with the increased costs related to natural and man-made catastrophes, Cook said it is alarming that just over 30% of the related toll in 2016 was insured. 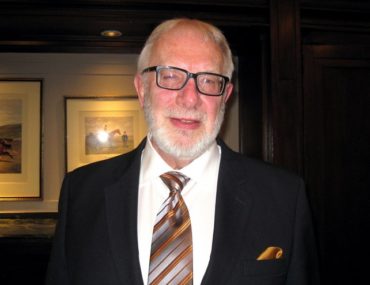 “Our industry cannot survive in a situation where 30% of the catastrophic exposure is covered by us,” Cook (pictured left) maintained. “If we ever got governments in the same camp as us in terms of delivering these protections, we have to be stepping up to more than 30% of that exposure.”

Not just for insurance, but for anything “big”, there appears to be a growing “underlying distrust and concern about high-level organizations, whether it’s in the corporate area or in the political field,” Cook told attendees of the event.

The insurance industry needs to recognize and acknowledge that that view exists. “Basically, it’s an underlying feeling that change is necessary because incumbents have not done as good a job as they might,” he suggested.

“The insurance industry doesn’t have a stellar reputation already. When you add to that the concern of the general population in terms of big business, it’s an uphill battle,” Cook argued.

There are four choices, Cook told event attendees. Insurance players can stay in the box, re-imagine the box, reconstruct the box or build a new box.

“I certainly wouldn’t recommend staying in the box,” he said, but the other three are “where we need to go over the next 12, maybe 24 months, and start planning what you’re going to look like five years from now.”

More News
Related
Companies can come to grips with cyber risk, government back-stop may be needed for certain risks: Swiss Re
Strategic planning of Canada’s p&c industry must extend to five, 10 years: Cook
AIR Worldwide releases probabilistic crop hail model for Canada
Net income for Swiss Re US$1.2 billion in 2017 H1, down from about US$1.9 billion in 2016 H1