Ontario and Quebec’s May 4 windstorm event has the Canadian claims industry talking about the proper roles of contractors and adjusters, based on unconfirmed reports that individual rogue contractors – e.g. not people associated with the larger restoration contracting firms – may have allegedly offered opinions to policyholders about insurance coverage in the wake of the storm.

When a catastrophe hits, many different resources are needed to assess the damage and adjust the loss, including contractors and insurance adjusters (both independent and those employed by insurance companies). Each comes with their own training and skill sets, as well as restrictions on what they are able to do. For example, contractors are usually local and can get to a scene faster than anybody else, making them highly used on water claims. 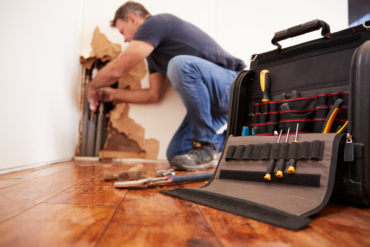 “The downside to that is he’s not an adjuster,” Skip McHardy, director of catastrophe response (Canada) with Catastrophe Response Unit Inc., told Canadian Underwriter in an interview last week. “He can’t talk about policy, deductible, coverage, actual cash value or sublimits – all of the things only an adjuster can legally discuss with an insured.”

Lorri Frederick, president of independent adjusting firm ClaimsPro, said that while contractors can see if there are shingles lifted or if an aperture has been created on the roof, “there is a fine line” between quantifying damages and assessing coverage.

During the May 4 windstorm, which caused an estimated $410 million in insured losses, some adjusting firms brought in people from the United States to handle a surge in claims as part of their business model.

McHardy notes that a person in the United States can take a 40-hour class, pass a state test and become a “property adjuster” without having to learn auto insurance, for example, or how to identify the cause of a loss or whether it is covered. A Canadian insurance adjuster “is actually a much more educated, well-rounded insurance professional,” he added.

To be a Level 1 adjuster in Canada, a person has to have a good working knowledge of auto, medical liability, property, commercial, and errors and omissions – “all of the nuances of insurance,” McHardy said. They must also pass a rigorous test and attend a lot of classes to obtain a Level 1 adjuster designation.

But a typical Canadian adjuster does not usually write a damage estimate, which is the role of the contractor. There can also be a “remarkable” difference in indemnity amounts depending on whether a contractor, staff adjuster or independent adjuster writes the estimate, McHardy said.