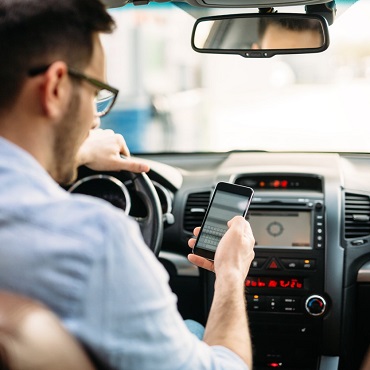 Distracted driving is getting worse, Canadians say, even as the laws are tightening and public education campaigns are in full gear.

More than four out of five Canadians (83%) believe texting while driving is a bigger problem today than it was three years ago, according to a recent Canadian Automobile Association (CAA) poll of 2,003 Canadians.

“Despite anti-texting and driving laws in all provinces across the country and several years of public education campaigns, Canadians still don’t seem to be getting the message,” says Jeff Walker, chief strategy officer of CAA National.

Texting and driving is now tied with drunk driving as the Number 1 road safety concern among Canadians, according to a poll by CAA, which has been tracking what worries Canadians when it comes to road safety for several years. Texting while driving broke into the Top 10 list of concerns in 2011.

“Studies show drivers are as much as 23 times more likely to get into a collision when they text and drive,” says Walker. “It’s important we all put our devices down and stay focused on the road.”

Insurers have been sounding the alarm about the impact of distracted driving for years, with claims costs driving up the insurers’ loss ratios in the Auto Personal Accident lines of business. The loss ratio is the difference between the ratios of premiums paid to an insurance company and the claims settled by the company. Loss ratios of more than 100% mean insurers are paying out more in claims than they are collecting in premiums.

Since 2012, Canadian property and casualty insurers have seen their loss ratios rise from just over 50% in 2012 to just under 90% in 2016. The loss ratio in the Auto Personal Accident line deteriorated by approximately 1.5 points between 2015 and 2016.

“This line remains a concern, given that the loss ratio has deteriorated each year since 2012,” A.M. Best observed in an August 2017 special report. “Both the Auto Personal Accident and the Other Auto line remain susceptible to losses brought on by distracted driving as well as continually rising repair costs, which have negatively impacted frequency and severity loss trends in the auto lines.”

Meanwhile, public insurers are expressing alarm about the number of Canadian drivers who continue to be arrested while texting and driving.

And in Saskatchewan, the government insurer reported that distracted driving offences in the province were at an all-time high in November 2017, despite the government’s attempts to toughen the laws around driving with a cellphone.

“Police reported a whopping 636 distracted driving offences during the November [Traffic Safety Spotlight], 554 of which were related to cellphone use,” Saskatchewan Government Insurance reported. “Yikes!”

While distracted driving is the Number 1 cause of collisions and injuries on Saskatchewan roads, it carries only a $280 fine.