Only about 4% of Lloyd’s total business considered at risk from Brexit: Aon Benfield

Only about 4% of Lloyd’s total business is considered to be at risk from the potential loss of membership of the single European market, following the United Kingdom’s decision to leave the European Union (EU) in June, according to Aon Benfield. 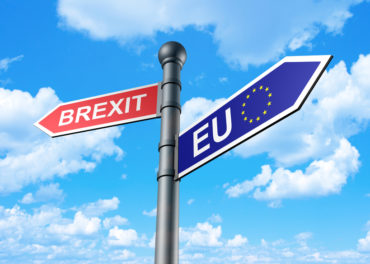 “‘Brexit’ is not expected to have a significant impact on the Lloyd’s franchise,” Aon Benfield said in its Lloyd’s Update report, released earlier this week.

The report noted that the 30 countries in the European Economic Area (EEA) generated 11% of Lloyd’s gross premiums written (GPW) in 2015, or 2.9 billion pounds. This includes 1.1 billion pounds of reinsurance business and 0.6 billion pounds of marine, aviation and transport business (MAT), which is “unlikely to be materially affected by a potential loss of existing trading rights,” the report said. “The biggest cause for concern is 0.8 billion pounds of non-MAT business written on a cross-border basis (4% of GPW).”

Lloyd’s specialist market access team is engaging with the U.K. government “at all levels” and has also commenced discussions with regulators across the continent, with the aim of preserving its passporting arrangements, the report said. “If these efforts do not succeed, Lloyd’s has the option of establishing a separate subsidiary in an EU member state to achieve passporting rights throughout the EEA and facilitate the writing of non-MAT business,” the report noted.

The immediate financial impact on Lloyd’s primarily arises from the material weakening in sterling and the decline in bond yields since the referendum, Aon Benfield reported. However, expense ratios will potentially benefit, given the significant amount of U.S. dollar denominated business being set against a largely sterling cost base. “The market’s capital position is protected,” the report stated.

Other highlights of the report include:

On June 23, 52% of U.K. voters supported relinquishing membership in the EU. At the time, the International Underwriting Association of London said that the London insurance market is “resilient” and “well-positioned” to respond the results of the referendum.