The majority of Saskatchewan voters oppose the provincial government’s decision to add provincial sales tax (PST) to a range of insurance products, according to a poll conducted by Maple Leaf Strategies. 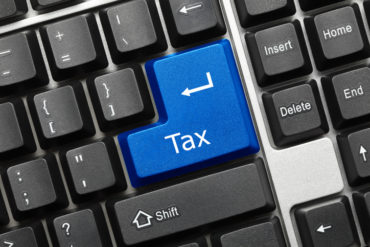 In May, the Government of Saskatchewan announced that PST will apply to all insurance premiums effective Aug. 1. PST of 6% applies to all premiums with an effective date on or after Aug. 1, 2017 sold by companies, agencies or groups where the insured person is a resident of Saskatchewan or the contract is for property located in the province, the Ministry of Finance said at the time.

The poll, conducted from Aug. 3 to 6, “paints a stark picture for the Saskatchewan government, with even its own base of support rejecting the changes,” Advocis, The Financial Advisors Association of Canada, said in a press release on Monday. The sample size was 600 and margin of error is +/- 4%.

The poll found that:

“Opposition to taxing insurance crosses every demographic and political category,” reported pollster Dimitri Pantazopoulos, adding that there is a high level of awareness of this issue among the electorate.

“Aside from the unpopularity of this tax, it could lead to serious problems for the government if people start reducing or cancelling their insurance,” said Dean Owen, a Saskatchewan-based member of Advocis, an association for financial advisors and planners. “If those people have an accident and are not covered for risks they will ultimately end up at the government’s door – meaning higher costs in the end for taxpayers.”

Late last month, Jeremy Harrison, a candidate for the leadership of the Saskatchewan Party and MLA for Meadow Lake, said that he would roll back the charging of PST on insurance products if elected Premier.

At the time, Harrison said that “there have been few issues on which he had received as much feedback from the public. Much of that feedback requested that the government reconsider the decision.” He added that the policy has “particularly impacted” agricultural producers. “This measure has impacted our agricultural community to a significant degree,” he said in a statement. “Many producers expect to see thousands, if not tens of thousands, in increased insurance costs for crop insurance, for instance.”