The province of Alberta reported on Friday that it has begun implementing advice from a report that identifies ways to improve flood resilience in Calgary and better water management throughout the Bow River basin. 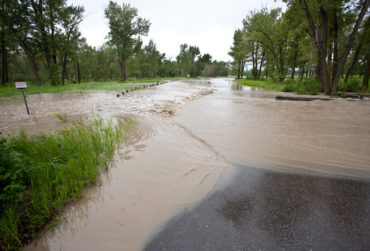 The Advice to Government on Water Management in the Bow River Basin report, produced by the Bow River Working Group (struck in October 2015), represents a first step in building multiple layers of resilience throughout the Bow River basin to address both flood and drought concerns, Alberta Environment and Parks said in a press release. The report, submitted to Shannon Phillips, Minister of Environment and Parks, on May 17, outlines both short- and long-term options.

Based on the report’s findings, the province is working with TransAlta – a Calgary-based electricity power generator and wholesale marketing company – and other stakeholders to begin implementing some of the short-term solutions identified. “This report gives us additional ways to collaborate with partners to boost our readiness in case severe flooding comes our way again,” Phillips said in the release.

Among the solutions identified:

“This is an important step forward in upstream flood mitigation on the Bow River,” Calgary mayor Naheed Nenshi said regarding the government’s flood resiliency efforts in Calgary. “While the City of Calgary has done much work to become more flood resilient within our own borders, more upstream mitigation must be done to protect Calgarians, our communities and our economy. Moving ahead with these recommendations is critical, and we look forward to further collaboration with the province and the other Bow River stakeholders to put these plans into action.”

The ministry also reported that it is working to protect Alberta communities against severe flooding along the Elbow River. Engineering, community engagement and environmental assessment work continue regarding the Springbank Off-Stream Reservoir (SR1) and other flood barriers to protect Bragg Creek and Redwood Meadows, with the total cost of the SR1 project now estimated at $432 million. This figure includes increased construction and engineering work needed to meet updated design requirements, as well as the intention to purchase entire quarter-section parcels beyond the footprint of the project.

The Bow River Working Group was jointly chaired by the province and the City of Calgary and included representation from rural municipalities, local First Nations communities, irrigation districts, TransAlta and other stakeholders to assess water storage options within the Bow River basin. The group’s mandate was to provide advice on a long-term water management plan that considers both flood and drought and balances the needs of various stakeholders throughout the basin.

Earlier this year, the province approved $63 million in grants through the Alberta Community Resilience Program and Watershed Resiliency and Restoration Program for projects that will help Alberta communities and organizations adapt to severe weather events and a changing climate.