The process of suing for compensation for motor vehicle accidents “could be made far more efficient” in British Columbia, whose monopoly auto insurer’s basic accident benefits are “low compared to modern medical and rehabilitation costs” in care-based auto insurance schemes elsewhere, Ernst & Young LLP said in a report released this week. 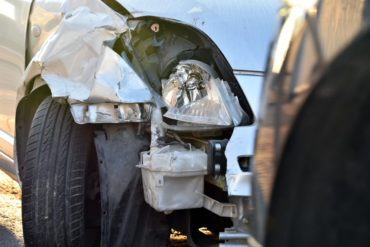 The report is titled Affordable and Effective Auto Insurance – a New Road Forward for British Columbia. In it, EY noted that the premiums charged by provincial crown corporation Insurance Corporation of B.C. for basic compulsory auto insurance are “not high enough” to cover claims.

If the aim were to limit increases to Basic Autoplan premiums to about 2% a year, one “possible measure” could be to increase accident benefits by 200% and to introduce alternative dispute resolution, EY said in the report, released July 24 and commissioned by the province.

Such a dispute resolution system “could be compulsory for both parties but with exemptions and access to court after process if no resolution (is) achieved,” EY suggested.

Another possible measure could be for B.C. to implement a cap on pain and suffering for minor injury claims, EY suggested.

For example, in B.C. the maximum weekly wage loss benefit is $300, EY reported.

“The provision of medical and rehabilitation as a stream of lifetime benefits on an as-needed basis is incorporated in the benefit structure of schemes in Manitoba and Saskatchewan, as well as in New Zealand” and the Australian states of Victoria and New South Wales, EY added.

In B.C., however, most accident benefits available through Basic Autoplan “have not been updated since 1991, as a result most observers would consider them to be inadequate as they leave those claimants receiving only accident benefits significantly out of pocket,” EY reported.

“ICBC has only just begun to review the details of the report,” the insurer said Monday in release. “However, the significant external pressures on auto insurance rates outlined in the report are consistent with what ICBC has reported to the British Columbia Utilities Commission and communicated to the public over the last few years.”

One its basic auto insurance, ICBC had net losses of $257 million in 2015 and $280 million in 2016, EY reported, noting that other jurisdictions, such as Manitoba and Saskatchewan, have care-based schemes.

“The province of B.C. has a litigation-based insurance model, which allows not-at-fault drivers and passengers to sue at-fault drivers for both economic loss and pain and suffering,” EY said. “The care-based model, as in place in Manitoba and Saskatchewan, provides comprehensive benefits for those injured in accidents, and the right to sue for excess economic loss and pain and suffering is allowed only in limited circumstances.”

Canadian jurisdictions which have “moved away from unrestricted litigation-based models” have done so “in an effort to control escalating minor bodily injury costs,” EY observed.

“Litigated claims, including those that settle before trial, are costing ICBC significant amounts in costs, disbursements and legal fees – in 2015 this amounted to over $150m for claims that resolved for less than $100,000,” EY said.

EY contended in its report that in B.C., “there are elements” of the civil court process “that can hinder ICBC’s defense of a claim, such as little incentive to provide early disclosure of evidence and medical reports.”

The process of litigation “could be made far more efficient and fair for all parties” with duties “such as mandatory early disclosure of documents, sharing of medical evidence, and application of the concept of proportionality to restrict the unnecessary use of expert evidence and limit excessive claims for recovery of costs and disbursements incurred when advancing a minor injury claim,” EY said.