AP Sources: VW to pay near $10.2B to settle emissions claims

June 23, 2016   by Tom Krisher and Michael Biesecker - THE ASSOCIATED PRESS

DETROIT – Volkswagen has agreed to take a series of steps with a total cost of about $10.2 billion to settle claims from its unprecedented diesel emissions cheating scandal in the U.S., two people briefed on the matter said Thursday. 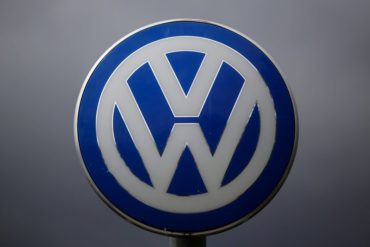 Most of the money would go to compensate 482,000 owners of cars with 2-litre diesel engines that were programmed to turn on emissions controls during lab tests and turn them off while on the road, said the people, who asked not to be identified because a judge has issued a gag order in the case.

One of the people said the agreement was tentative and could change by the time the terms are officially announced by the judge on Tuesday. The bulk of the cash would be used to fix the cars, buy them back and compensate owners. Some funds would go to government agencies as penalties and for a program to remediate the environmental damage caused by pollution, the person said.

Owners would have a choice between selling their vehicles back to VW at the value before the scandal broke on Sept. 18, 2015, or keeping the cars and letting the company repair them. Either way, they would also get $1,000 to $7,000 depending on their cars’ age, with an average payment of $5,000, one of the people said.

Attorneys representing owners, VW and government agencies including the Environmental Protection Agency have not yet agreed on the steps VW will take to repair the cars, the person said. Any fix would be expensive and likely would require a bigger catalytic converter or injection of the chemical urea into the exhaust to help neutralize the pollution.

The EPA has said the cars, which include many of VW’s most popular models, can give off more than 40 times the legal limit of nitrogen oxide, which can cause respiratory problems in humans.