British Columbia’s attorney general announced on Thursday that he has extended by two weeks the rate filing deadline for the Insurance Corporation of British Columbia (ICBC). 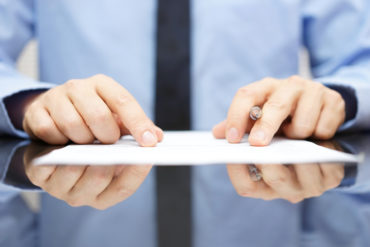 Attorney General and the minister responsible for ICBC, David Eby, said in a statement from the Ministry of Attorney General that he has extended the date for ICBC to filed its revenue requirements application for 2017 to the British Columbia Utilities Commission (BCUC). The rate application for mandatory basic insurance will be filed on Sept. 15.

Eby said that the additional time will give the new provincial government “an opportunity to assess ICBC’s financial challenges with the goal of keeping rates at the lowest possible level.” He also expects to “announce short-term measures that will help solve the concerns and get the organization back on firmer financial footing,” the statement said.

Once ICBC submits its rate application, BCUC will consider and respond to the filing, with the interim rate effective Nov. 1, 2017 while the commission reviews the full application.

In July, the provincial government commissioned a report by Ernst & Young LLP, which concluded that, among other things, the premiums charged by ICBC are not high enough to cover claims, the system is not sustainable and the cost of the average minor bodily injury claim has risen well beyond the rate of inflation since 2000. The 195-page report, titled Affordable and Effective Auto Insurance – A New Road Forward for British Columbia, suggested that there may be a substantial hike to auto insurance rates in the province.

Related: Making ICBC a co-op one option for B.C., competition must be part of any option selected: taxpayers federation

“The average driver in B.C. may need to pay almost $2,000 in annual total premiums for auto insurance by 2019, an increase of 30% over today’s rates, assuming current trends persist, the objective is to have ICBC’s rates cover its costs, and significant reform is not undertaken,” the report read.

More recently, a report commissioned by the Canadian Taxpayers Federation (CTF) and released on Aug. 24, said that the B.C. government has options at its disposal to address auto insurance issues, ranging from leaving ICBC to shuttering the insurer, but all should include reintroduction of competition. For example, turning ICBC into a Vancity/Mountain Equipment Co-op type of co-operative, coupled with competition, “would be a sensible model so long as full private sector competition exists to serve consumers on price and product options,” policy analyst and author Mark Milke suggested in the report. The CTF report, Political Risk: The Case for Ending ICBC’s Insurance Monopoly, included a total of six options, ranging from “status quo + tinkering” to “shutter ICBC + full competition.”