A former federal Superintendent of Financial Institutions is calling for a last-resort federal emergency backstop arrangement for P&C insurers to minimize the systemic financial impact resulting from a “catastrophic and likely uninsurable natural disaster,” such as earthquake. 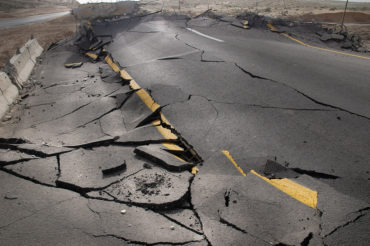 “A federal emergency backstop arrangement for property and casualty insurers, properly designed, would minimize the systemic financial impact resulting from such a catastrophic and likely uninsurable event on those affected and on the economy at large,” wrote former superintendent Nicholas Le Pan, a senior fellow at the C.D. Howe Institute research institute in Toronto and the author of the report Fault Lines: Earthquakes, Insurance, and Systemic Risk. “The backstop arrangement should, however, apportion costs, including a possible tranche of further contingent risk-sharing with industry in a way that lessens moral-hazard issues.”

Le Pan suggested in the reported, released on Wednesday, that the backstop guarantee could kick in beyond an industry-wide trigger of expected losses, such as those associated with a one-in-500-year earthquake – currently approximately $30 billion to $35 billion. “This loss estimate would be updated periodically, and the trigger could be set somewhere in excess of the one-in-500 threshold to promote further industry risk-sharing,” he wrote.

As part of any “Canadian reform package,” Le Pan added, “it is important to bolster the Property and Casualty Insurance Compensation Corporation (PACICC) to deal with insurance industry problems and reduce systemic impacts from severe catastrophes.” (PACICC is an industry-funded, non-profit organization that can respond to the claims of policyholders under most policies issued by P&C companies in the event of a collapse of a P&C insurer in Canada.)

Bolstering PACICC would also reduce the likelihood that a federal financial commitment would be triggered, the report said, and “if triggered, would have minimum costs. Having more tools available in advance to deal with catastrophic events would reduce post-catastrophe disaster claims.”

Among the report’s recommendations are:

The report also recommended that insurance industry bodies, as well as the federal and provincial governments, undertake awareness programs to enhance homeowners’ understanding of catastrophe risks. “This should encourage Canadians to evaluate the merits of disaster insurance coverage, particularly in the Quebec City-Montreal-Ottawa corridor where such insurance penetration is far too low,” the report said, suggesting that only 2% of homeowners in this area have earthquake coverage.

Le Pan also recommended that the insurance industry, under active supervision from the Office of the Superintendent of Financial Institutions (OSFI), further develop its models for setting aside adequate capital and claims-paying capacity. Regulators should ensure there is an adequate degree of conservatism and that models are as up to date as possible, Le Pan wrote, and OSFI should regularly assess the adequacy of major insurers’ models, as they have done in the banking industry.

“Since the 2007/08 financial crisis, policymakers have paid much attention to the buildup of risk in the banking system,” Le Pan said. “However, no equivalent discussion exists for the impacts of natural disasters to Canada’s economy.”