Canadians prioritize regulatory reviews of drones, autonomous vehicles and online user agreements above those of other emerging technologies, according to new research from global professional services company Accenture. 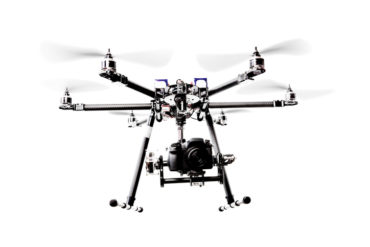 For the research, an Ipsos I-Say panel interviewed a sample of 1,003 Canadians for Accenture to gauge Canadian attitudes on government regulation of emergent technology-enabled products and services, Accenture explained in a press release on Wednesday. Results are accurate to within +/- 3.5 percentage points, 19 times out of 20.

The survey found that four in 10 (40%) of those polled said that “drones equipped with video cameras” should be a key area for government regulatory review. Nearly as many Canadians said that key areas for government regulatory review should include autonomous (driverless) vehicles and for online user agreements for new products or services (each cited by 38% of respondents).

Other areas in which Canadians want to prioritize a regulatory review include connected homes and products, such as technology that controls a home’s lights, alarms, temperatures, or baby monitors from a mobile phone or other device (cited by 30% of respondents); social media, including privacy rights and/or guidelines around advertising (26%); ridesharing services like Uber and Lyft (26%); and sharing economy accommodations like Airbnb and HomeAway (23%).

Accenture noted in the release that different levels of government in Canada have already established regulations around some emerging technologies. For example, the federal government recently announced new restrictions on where and when people can fly remote-controlled drones weighing more than 250 grams, which must be marked with the owner’s contact information. Autonomous vehicles are regulated at a provincial level, with Ontario the first province to set a pilot regulatory framework to permit testing, Accenture noted. The regulation of homesharing apps is dealt with at a municipal level. Toronto, for instance, is still drafting proposed regulations, while Vancouver has proposed new regulations for short-term rental.

The survey also asked whether Canadians believe the government should step in and provide more regulation, step off and provide less regulation, or step away because the industry or product is evolving well without any more regulation, Accenture said in the release. The top five technologies that Canadians cited most as requiring more regulatory review were drones and autonomous vehicles (each cited by 64% of respondents), followed by ridesharing services (51%), quasi-currencies like Bitcoin (49%), and online user agreements (46%).

“Canadians expect governments to step in and mitigate some of the risks associated with new products and services,” said Dave Telka, a managing director at Accenture who leads the company’s Public Service practice in Canada. “With new, disruptive players quickly entering the market, governments must work with business to provide assurance that there is a regulatory process that creates the best situation for Canadians.”