Cats a significant driver in Everest Re Group’s posting US$639.4 million net loss in 2017 Q3

Losses from hurricanes Harvey, Irma, Maria (HIM) and the Mexico City earthquake contributed to Everest Re Group, Ltd. posting a US$639.4 million net loss for 2017 Q3 compared to net income of US$295.4 million for the prior-year quarter. 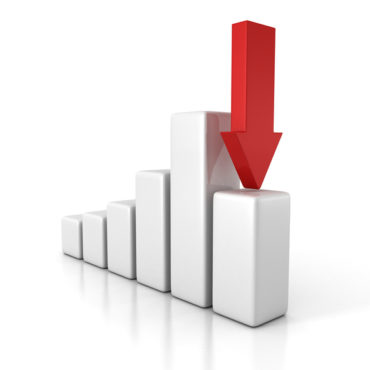 For the quarter ended Sept. 30, 2017, catastrophe losses – net of reinstatement premiums – amounted to US$1.2 billion for HIM and the Mexico City earthquake, while the net after-tax impact on earnings from the events was US$897.7 million, Everest Re Group notes in a statement issued Monday.

Year-to-date (YTD) results were also influenced by the Cat experience. For the first nine months of 2017, net loss was US$102.1 million compared to net income of US$622.8 million for the same period of 2016, reports the Bermuda holding company that includes Everest Reinsurance Company, which provides reinsurance to p&c insurers in both the U.S. and international markets.

“The company believes that the level of net realized capital gains (losses) for any particular period is not indicative of the performance of the underlying business in that particular period,” the statement points out.

“Providing only a GAAP presentation of net income (loss) makes it more difficult for users of the financial information to evaluate the company’s success or failure in its basic business, and may lead to incorrect or misleading assumptions and conclusions,” it contends.

“This series of natural catastrophes highlights the nature of our business model. We have consistently generated strong margins which gives us the financial ability to respond to these events, without impairment,” comments Dominic Addesso, president and CEO of Everest Re Group.

With regard to reinsurance premiums worldwide, these were up even more – 25% — “attributable to the new crop reinsurance program, growing premium from financial lines business and increased shares on existing business,” Everest Re reports.

That said, “adjusting for the high level of reinstatement premiums and the modest impact of foreign currency movements in the quarter (2017 Q3), premiums in this division were up 13%,” it adds.

Related: Combined ratio down 4.6 points for Everest Re

“Insurance premiums were down 10%, quarter over quarter, but excluding the HCI crop business sold in 2016, premium was up 30%, with continued growth on new initiatives,” the statement explains.

Other financial results for Everest Re Group include the following:

“Looking forward, market conditions are expected to be more favourable, allowing the industry to continue on a sound footing. We should benefit to a greater degree given the strong underwriting fundamentals of our portfolio,” Addesso suggests.