Commercial fleet managers should have ‘clear and straightforward guidelines’ on drivers’ use of electronic devices: Northbridge

It is not necessarily safe to use hands-free electronic devices while driving, especially when operating construction or contractor’s equipment, Northbridge Insurance suggested in a blog post Monday. 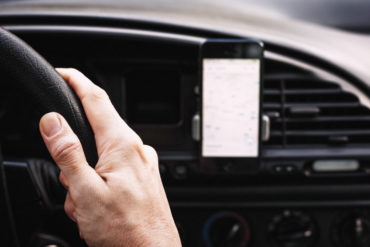 Fleet managers should “include a policy on the use of wireless communication devices” in their organizations’ safety programs, Northbridge Insurance wrote in a post, titled Distracted Driving: Dealing with the Dangers.

Employers should “consider using clear and straightforward guidelines” for employees to follow while driving, added Northbridge.

Policies could include only using handheld devices while legally parked and never answering ringing phones while driving, unless they are using hands-free Bluetooth devices.

But “there are several situations when using cell phones or devices of any sort is probably inappropriate,” Northbridge wrote. One of these situations is while operating construction or contractor’s equipment, which requires the “full attention” of the operator while in gear.

Other situations where electronic devices of any sort are probably inappropriate are when conversations are “emotional or stressful” or when road conditions are hazardous due to obstacles, road work or weather for example.

“As of 2016, every province and territory except for Nunavut has instituted a law against using distracting devices while driving, but the specifics will differ from one region to the next,” Northbridge noted.

For example, in 2015, Bill 31, the Making Ontario’s Roads Safer Act, was passed into law. That legislation amended the Ontario Highway Traffic Act to raise the maximum fine for distracted driving to $1,000 (from $500) and the minimum fine to $300, from $60.

Also in Ontario, members of provincial parliament are studying a private members bill that proposes to amend the Ontario Highway Traffic Act to authorize the Transportation minister to designate any part of a provincial highway as a texting zone, or an area where a driver “is able to park or stop safely to use a hand-held wireless communication device.”

“The Ontario Provincial Police cite distracted driving as a causal factor in between 30% and 50% of traffic collisions in Ontario,” Fedeli told the legislature March 9 during debate of Bill 19 on second reading.

Bill 19 passed second reading and was referred to legislature’s the finance and economic affairs committee.

“Drivers who text messages are 23 times more likely to be involved in a crash,” Fedeli said in May 2016 during second reading of Bill 190, a bill that died on the order paper in 2016 and which was re-introduced in 2017 with Bill 19.

“A Centre for Addiction and Mental Health report that came out just this past December found that 37% of Ontario adults admitted to texting while driving at least once in the past year, and 11% did so 30 or more times,” said Daiene Vernile, parliamentary secretary to transportation minister Steven Del Dua and Liberal MPP for Kitchener Centre, on March 9, 2017 during debate on Bill 19.

In a January, 2014 article in the New England Journal of Medicine, researchers with the Virginia Tech Transportation Institute discussed distracted driving, which they defined as “diversion of attention away from activities critical for safe driving toward a competing activity.”

The authors said their analysis “showed that the performance of secondary tasks, including dialing or reaching for a cell phone, texting, reaching for an object other than a cell phone, looking at a roadside object, and eating, was associated with a significantly increased risk of a crash or near-crash among novice drivers.”

They estimated “that cell-phone use among all drivers increases the risk of a crash by a factor of 4,” the researchers wrote in the article, titled Distracted Driving and Risk of Road Crashes among Novice and Experienced Drivers.