A constitutional challenge to Ontario’s auto accident benefits dispute resolution system is scheduled for a three-day hearing next February, but the retired judge who recommended that AB disputes go before a public sector administrative tribunal suggested Wednesday that it would have “seriously undermined” the proposals to reform the system if AB disputes could be brought to court. 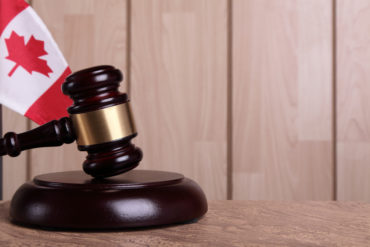 “No court action can be commenced for statutory accident benefit disputes even when there is a companion tort action,” said J. Douglas Cunningham, a former Ontario judge who was appointed in 2013 to review the province’s accident benefits dispute resolution system, during a panel discussion Nov. 2.

Justice Cunningham recommended, in a report released in February, 2014, that the province appoint a “public sector administrative tribunal” for SABS disputes.

Now that insurers and claimants can bring disputed SABS claims to LAT for arbitration, “there is no right of appeal other than a reconsideration option by the chair of the safety, licencing appeals and standards tribunal of Ontario, or a designate for exceptional circumstances and to the Divisional Court on a question of law,” Justice Cunningham said during the event, held at the Hilton conference centre in Markham. “I understand that there is currently a constitutional challenge underway which I gather is in the process and may proceed early in the new year.”

He was alluding to an application, filed Jan. 26, 2015, by personal injury lawyer Joseph Campisi with the Ontario Superior Court of Justice.

In his court filing, Campisi (who did not speak at the Nov. 2 panel) contended that part of the Insurance Act is “inconsistent” with Section 15 of the Charter of Rights and Freedoms.

“We are scheduled to proceed on February 13 for a three-day hearing,” Campisi wrote in an e-mail Thursday to Canadian Underwriter.

The Insurance Act now lets parties bring, to LAT, disputes “in respect of an insured person’s entitlement to statutory accident benefits or in respect of the amount of statutory accident benefits to which an insured person is entitled.” But parties are probibited from bringing such proceedings to court, “other than an appeal from a decision of the Licence Appeal Tribunal or an application for judicial review.”

Section 15 of the Charter guarantees Canadians “equal protection and equal benefit of the law” without discrimination based on factors including mental and physical disability. Campisi is asking the court to declare, among other things, that Section 280 “creates a distinction when accessing the courts in contract disputes based on physical and mental disability.”

Campisi also argued, in his filing, that the change to the Insurance Act is inconsistent with Section 96 of the 1867 Constitution Act (formerly known as the British North America Act), which stipulates how judges are appointed.

“Contractual disputes for amounts greater than $50,000 were, at the time of Confederation, within the sole jurisdiction of the Superior courts,” Campisi wrote, noting that as of 1867, the monetary jurisdiction of “inferior courts” was limited to $100, which is worth about $50,000 today.

The restrictions on right to appeal LAT arbitrator rulings caused some concern for personal injury lawyers speaking at the panel Nov. 1.

“The appeal of a decision is to the Divisional Court and it’s only on a question of law so it’s a really restricted right of appeal,” Thomson Rogers partner Wendy Moore Mandel said during the panel. “So there is really no appeal based on the merits of a decision anymore. That is essentially gone. There is another wrinkle as well. If you are going to appeal, you need some kind of record and these hearings are not recorded by the tribunal.”

When he reviewed the dispute resolution system in 2013, Justice Cunningham envisioned a “much more streamlined system,” he said Wednesday.

“I reject the notion that eliminating the court option denies a fundamental democratic right,’ Justice Cunningham added. “In my view, preserving the court option would have seriously undermined the proposed reforms. We all know that the SABS are complicated, and given the generalist nature of (the Ontario Superior Court of Justice), there is no certainty that such a case would come before a judge well versed in the SABS.”

Keeping SABS disputes “before what I hoped would be an expert tribunal, has many benefits – benefits that I think greatly outweigh the preservation of the court option,” Justice Cunningham told attendees Wednesday. “My proposition was to provide claimants much quicker and less expensive resolution of these disputes.”

But Justice Cunningham argued that LAT is not actually an expert tribunal.

But few of the LAT adjudicators actually have experience resolving AB disputes at FSCO, Cunningham suggested.

“Clearly many of my recommendations were not adopted,” he said. “There was a lot of cherry picking that went on here.”

Also on the panel was Oatley Vigmond LLP lawyer Jim Vigmond, a former president of the Ontario Trial Lawyers Association.

“We can’t disregard fairness, evidence, procedures for the sake of timeliness,” Vigmond said. “I say in every case where there is a valid tort action we should have the right to have the accident benefit issues tried there with them. I have done that forever. I never used FSCO. I always used the court system because I always had a tort claim to go with it. Now we lose that ability. It’s bifurcated, so now I have to have it tried twice.”