The federal government is aiming to remove the “bolus drinking” loophole with amendments to the Criminal Code provisions on impaired driving, Attorney General of Canada Jody Wilson-Raybould suggested Friday on Parliament Hill. 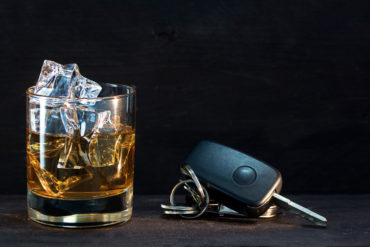 If Bill C-46 is passed into law, Canadian police would have an “important new tool known as mandatory alcohol screening,” Wilson-Raybould told the House of Commons Friday. “This would permit the police to demand a preliminary breath sample from a driver who is already subject to a legal traffic stop.”

She made her comments during debate on second reading of Bill C-46.

Among other things, Bill C-46 proposes to give police the power to oral fluid screeners on drivers to detect the presence of drugs, if they have “reasonable suspicion” that a driver has drugs in his or her body.

It also proposes changes to the Criminal Code on drivers impaired by alcohol.

“One of the most significant changes proposed in this offence relates to the time frame,” said Wilson-Raybould.

Currently, the offence of impaired driving “is committed while driving,” she said. “The proposals in Bill C-46 would stretch the time frame so that it would be an offence to be over the legal limit within two hours of driving. This is a common formulation used in many states in the U.S. Its primary purpose is to eliminate risky behaviour associated with bolus drinking, sometimes referred to as drinking and dashing.”

With Bill C-46, the ruling Liberals are also proposing to raise the maximum sentence for impaired driving causing death – currently at 14 years – would increase to life in prison.

The Liberals argued against private members Bill C-226, which proposed mandatory five-year minimum sentences for impaired driving causing death. In Bill C-226, former public safety minister Steven Blaney – Conservative MP for Lévis-Bellechasse, Quebec – proposed minimum five-year consecutive sentences, for each person killed, in cases where an impaired driver caused the death of more than one person. Bill C-226 was defeated May 3, 2017 in the House of Commons after being studied by the House of Commons Standing Committee on Public Safety and National Security. During committee hearings in September, 2016 – on Bill C-226 – several witnesses discussed the issue of police stopping drivers at random. That power “flows out of provincial legislation and common law, and it has been upheld by the Supreme Court of Canada on several occasions,” federal government lawyer Greg Yost said at the time.

“Most people will know that police already have the power to stop vehicles under provincial and common law in order to check, for example, for a vehicle’s fitness or driver’s licensing,” Wilson-Raybould said May 19, 2017 when she tabled Bill C-46 for second reading. “These stops have been upheld by the Supreme Court of Canada on three different occasions, in Dedman v. The Queen from 1985, R. v. Hufsky from 1988, and R. v. Ladouceur from 1990.”

If Bill C-46 is passed into law, during a lawful traffic stop, a police officer would have the power “to demand a preliminary breath sample,” Wilson-Raybould added. “Under current law, a police officer must have reasonable suspicion before the officer can demand a breath sample, but research shows that up to as many as 50% of drivers who are over the legal limit are able to escape detection by police.”

Bill C-46 also gives police the power to “use roadside drug screeners in situations where they have reasonable suspicion a driver has drugs in his or her body,” she added. “A positive reading on such a device would not, on its own, lead to a criminal charge. Instead, it would offer to assist an officer in forming the reasonable grounds necessary to take further investigative steps.”

Legal limits for tetrahydrocannabinol (THC) from marijuana “would be set by regulation and proven through blood analysis,” Wilson-Raybould said. “The bill would authorize the taking of a blood sample from a driver when an officer has reasonable grounds to believe that either a drug-impaired or legal limit offence has occurred.”

Bill C-46 would also allow for summary prosecution of charges of impaired driving causing bodily harm as well as “respond to calls to shorten the time an offender must wait before driving within the Criminal Code‘s driving prohibition period, where the driver uses an ignition interlock device under a provincial program,” Wilson-Raybould added.