There appears to be a divide between middle-market companies fully expecting that disruption will unfold and taking concrete steps to address whatever risk that change may bring, suggest findings of a new study from New York-based Capital One Commercial Bank. 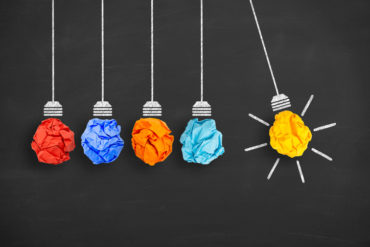 Conducted from Apr. 12 to May 8, the study reflects views on disruption in the middle market from 301 senior middle-market leaders at companies doing business in the U.S. that have annual revenues ranging from US$100 million to US$3 billion. Findings of the survey conducted by Capital One, with assistance from Beresford Research, are detailed in Disruption in the Middle Market.

Fully 80% of respondents report their companies have already experienced disruption – defined as a significant interruption to an existing business arising from innovative technology, a new business model or political, economic and environmental forces – or expect to experience it during the next three years.

That said, just one-sixth of respondents say they believe they are prepared to deal with a disruptive event, notes a statement Tuesday from Capital One.

“Disruptive innovation is affecting companies of all sizes – reframing opportunities and risk,” Anat Lechner, clinical professor of management and organizations at New York University Stern School of Business, says in the company statement.

“Disruptors take bold steps to shift their value in ways that simultaneously create a strategic edge for themselves, and create a disadvantage for others who are holding to old business models and offerings,” Lechner explains.

David Kucera, senior managing director of Capital One’s financial institutions group, says some middle-market companies, in fact, “have the flexibility to be disruptors themselves, while others are likely targets of disruption.”

By industry, Capital One reports that financial services and insurance companies are archetypical disruptors, with 47% of respondents being quite or extremely prepared for disruption. Add to that that 83% are pursuing a disruptive strategy.

Compare that to energy, resources and chemicals companies that tend to be classic delayers. In all, 83% of the group is slightly or not at all prepared for a disruptive event, and just 37% are pursuing a disruptive strategy.

Capital One reports that disruptors are four to five times as likely to have purchased interruption insurance and to have implemented regular firewall testing than delayers.

Although most of the interviewed executives expect their businesses to experience disruption in the near future, “only a small portion of middle-market companies have taken a full range of defensive measures to protect against disruption’s potentially destructive consequences,” Capital One points out.

The preparedness gap seems to be more marked among smaller middle-market enterprises.

“Companies with revenue between US$2 billion and US$3 billion are much more likely to see a disruptive event as an opportunity than companies in the US$100 million to US$499 million range,” the statement notes.

“Larger companies are more likely to have insulated themselves from the effects of a disruptive event and to be pursuing a disruptive strategy of their own that could lead to a competitive advantage,” the study found.

In addition, the statement notes, “small companies are much more likely to take a passive approach to disruption.”

Size also comes into play with respect to funding that might be needed should disruption occur or be pursued. In all, 68% of respondents with an ongoing banking relationship expect to need additional funding in the face of a disruption.

For smaller companies, “many lack the holistic banking relationship needed to confront disruption, and instead are willing to consider alternative sources of capital like peer-to-peer lending and even crowdfunding,” Capital One reports.

Further, there appears to be a gap in perception of what disruption could mean generally for industries as a whole and for specific companies. Feedback indicates four-fifths of respondents view disruption as an opportunity; 43% say their industry is vulnerable to disruption; and just 18% report their own company is vulnerable.

Additional survey findings include the following: