Companies in Canada and around the world are being increasingly impacted by risk, with nearly three quarters (72%) of business leaders polled in a recent survey “citing that they believe we are living in a riskier world,” said a new survey from BDO Canada. 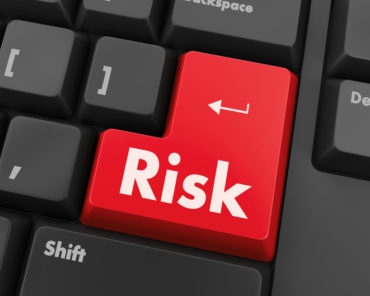 The findings were published in the latest Global Risk Landscape Report, released on Wednesday. The report surveyed 500 C-suite leaders, board and audit committee members from all major industries in 55 countries to determine what they consider the biggest risks facing their businesses, now and into the future.

The results cited disruptive technologies, cybersecurity threats and reputational risks as the main challenges likely to test companies in the coming years. However, there was a significant reduction in overall risk perception compared to BDO’s 2016 survey, where 87% of global business leaders felt the world was a riskier place, BDO noted in a press release.

The report found that nine years after the height of the global financial crisis, many business leaders remain “deeply concerned” about their ability to adapt to growing compliance pressures, BDO said. With regulators continually addressing a number of issues, 85% of leaders identified regulatory risk as the biggest risk their businesses are not prepared to handle.

As for disruptive technologies, the release suggested that technology represents a double-edged sword in today’s marketplace, and perspectives on its benefits were largely dependent on whether an organization is able to leverage new methods of production, regulation and disruption to its advantage. Uncertainty lies ahead for 88% of CEO respondents, who felt their organization’s inability to embrace innovation and technological change represented the greatest risk.

Cyber breaches also remain top of mind for many CEOs, with 75% reporting cyber exposure as their main concern, especially in an era where high-profile data breaches continually hit the headlines, BDO reported. Not only are cyber breaches costly – research by IBM and the Ponemon Institute found the average cost rose to US$4 million in 2016 – the long-term reputational impacts can be devastating to a company.

“We’re operating in an increasingly interconnected world where risk is unavoidable, but not unmanageable,” suggested David Prime, national risk & advisory services partner, in the release. “There are a number of ways companies can manage these identified risks, but it’s vital they take a proactive approach.”

Overall, the global stage reflects more similarities than differences when it comes to risk perception and will require companies to take a multi-faceted, agile approach in their search for resilient risk management policies.

BDO is a provider of assurance, accounting, tax and advisory services to clients of all sizes and virtually all business sectors.