Insurance CEOs have the biggest concerns in the financial services industry over skills shortages and the related pace of technological change, according to a new survey from PwC. 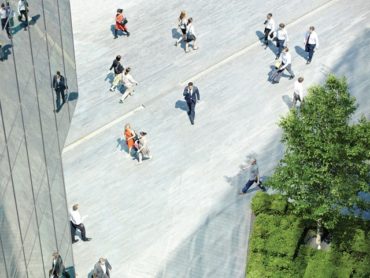 Insurance CEOs have the biggest concerns in the financial services industry over skills shortages and the related pace of technological change. Credit: PwC.

The survey, titled Ahead of the curve: Confronting the big talent challenges in financial services, involved 487 CEOs in the banking and capital markets, asset and wealth management (AWM), and insurance industries across 71 countries, as part of PwC’s Global CEO Survey. It found that insurance CEOs have the biggest concerns over skills shortages (81%, up from 70% last year as a threat to growth) and the related pace of technological change (83% up from 69% last year).

Nearly one-fifth of financial services (FS) CEOs believe that technology has “completely reshaped” competition in their industry over the past five years, and 28% believe it will do the same again in the next five years, PwC said in a press release on Monday. As a result, FS leaders anticipate significant changes in the types of people they need, leading to over 72% seeing the limited availability of skills as a threat to growth, up from 70% last year. Concern is highest in the insurance (81%) sector, the release pointed out.

FS CEOs also rank their confidence in their digital skills amongst the lowest of any sector surveyed by PwC, and lower than the global average (53% versuss 55% globally).

And despite the survey findings, and wider uncertainty over global economic growth, regulation and wider geopolitical issues, just over half (51%) expect to increase their headcount in the next 12 months, the professional services firm reported. Although there are low levels of planned job reductions (17%), four out of five of those roles (86%) will be affected as a result of automation and technology account, higher than the global average across all industries in PwC’s CEO survey (80%), underlining technology’s impact on the sector, the release said.

Other threats to growth identified across the sector are all linked to the sector’s talent concerns, including the speed of technological change (73%), changing customer behaviour (69%) and cyber threats (73%). “As a result, CEOs now rank adaptability and collaboration on a par with traditional financial services skills such as problem solving and risk management,” PwC said in the release.

“Anxiety over the availability of key skills is rising in line with parallel worries about the speed of technological change,” said Jon Terry, PwC’s global financial services HR consulting leader. “The talent demands now stretch from industrial engineers for robotics work to executives with a background in analytics and innovation.”

According to the survey, actions to address the skills issues include changing people strategies for recruitment, retention and development (71%), and diversity and inclusion (85%). Almost two-thirds of organizations (63%) say they have added digital training to their learning programs, 49% are exploring the benefits of humans and machines working together and 41% are considering the impact of automated intelligence on future skills needs.

However despite the commitments, the report warns “significant shifts in policy or action are not being reported, and with concern on skills so high, plans need to turn into action.”

“A priority focus on diversity and inclusion will play a critical role in securing the skills needed in the sector,” Terry suggested. “Yet barriers to inclusion remain,” he said. “Part of the issue has been that many organizations have approached diversity as an addition to business as usual, rather than a part of it. More deep seated shifts in culture, including diversity and inclusion, is needed if the sector is to address its wider talent challenge.”

“There are huge opportunities for financial services organizations that can bring their people strategies up to speed with knock on benefits to their ability to adapt to technology, become more diverse and inclusive organizations and rebuild trust,” Terry concluded. “Slow and uncertain responses to the talent demands CEOs are reporting are leaving too many established organizations on the back foot, facing growing skills gaps, when competitors are already moving on.”