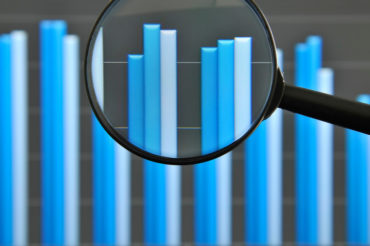 “Intense competition among global reinsurers and the abundance of capital invested in the sector mean pricing will continue to weaken, with low investment yields putting further strain on profitability,” the ratings firm said in a press release. “The sector outlook remains negative and we expect consolidation as reinsurers have little opportunity for organic growth.”

The report, titled Global Reinsurers: Mid-Year 2017 Financial Results, noted that non-life reinsurance underwriting profits fell in the first half of 2017 due to lower surpluses from prior-year reserves. Most companies were also hit by the cut in the Ogden discount rate for United Kingdom liability business, which will lead to higher lump sum payments being calculated for long-term care costs or lost earnings, the release said.

But underwriting was still profitable, helped by lower catastrophe-related losses, Fitch said in the release. Worldwide natural catastrophe insured losses were US$19.5 billion, down 39% on first-half 2016 results (US$32 billion) and 33% below the 10-year first-half average (US$29 billion).

As well, there was record issuance of catastrophe bonds in the first half of this year, driven by demand from capital market investors attracted to reinsurance risk to diversify their exposure. For example, Aon Securities said on Aug. 4 that cat bond issuance during Q2 2017 totalled US$6.38 billion across 20 transactions, a new record for quarterly issuance that easily surpassed the previous record of US$4.49 billion set in Q2 2014. And Willis Towers Watson Securities said in late July that US$6.3 billion of non-life cat bond capacity issued through 36 tranches in Q2 2017 compared with US$1 billion through 17 tranches in Q2 2016.

The record issuance volume for the most recent quarter was driven by two of the largest ever cat bond transactions: Kilimanjara II Re 2017-1 and Ursa Re 2017-1. The former transaction provided cover on an industry loss and annual aggregate basis against named storms and earthquakes in the United States, Canada and Puerto Rico; Ursa Re 2017-1 provided US$925 million of capacity against California earthquakes for a three-year term.