Gore Mutual Insurance Company has announced a cyber and data response product for Canadian small businesses as well as a partnership with a global home automation company to provide flood sensors to select commercial and personal customers. 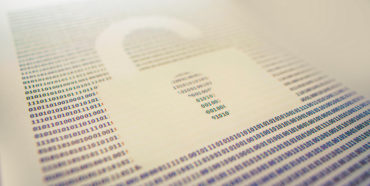 Gore Mutual announced the developments at its Fast Forward broker event, held on Tuesday in Toronto, the insurer said in a press release on Thursday. It had previously outlined a partnership with the Centre for Study of Insurance Operations (CSIO) to develop an industry standard universal digital pink slip for auto insurance. “We want to create a single solution that better positions brokers to compete against nimble direct writers,” CSIO president and CEO Catherine Smola said in the release.

For the cyber and data breach response product, Gore Mutual partnered with international reinsurer Beazley to launch Padlock, a product for small businesses in Canada. “Cyberattacks have become a big issue for Canadian small businesses and cyber and data breach response coverage is essential,” said James Gray, a treaty underwriter at Beazley, in the release. “We are delighted to have partnered with Gore Mutual to utilize our extensive experience in handling data breaches to develop and launch the new Padlock product.”

According to Gore Mutual’s website, Padlock covers the cost of lost data and lost business income in the event of a cyberattack or computer failure. It also includes coverage for fines and penalties from payment cards and extortion payments, among others. Padlock further covers damages and expenses related to customers’ private information in the event of a hack or leak, legal help, expert computer services and public relations and crisis management support.

The partnership related to flood sensors involves global home automation company FIBARO. “In the coming months, we will start to give select property customers FIBARO flood sensors and possibly other devices as part of their policy,” said Paul Jackson, vice president of sales, marketing & distribution at Gore Mutual. “This is a terrific value add that helps mitigate risk and offers a real benefit beyond pricing alone for customers with connected homes and businesses.”

Founded in 1839, Gore Mutual said in the release that it is Canada’s oldest property and casualty insurer, with over $410 million in premiums and over $1 billion in assets as at Dec. 31, 2016. Based in Cambridge, Ont. and Vancouver, the Canadian-owned and operated mutual company employs over 350 people.