The Great British Columbia ShakeOut is clearly gaining more traction, with a record 800,000 British Columbians registering for today’s “Drop, Cover and Hold On” drill, joining almost 41.5 million others around the world. 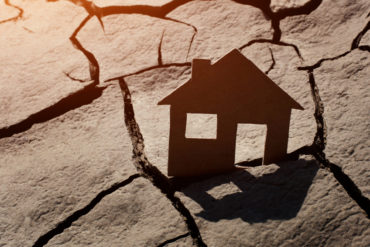 “This year, we saw the largest number of British Columbians take part, with registration growing more than 300,000 since launching the drill in 2011,” Dave Cockle, president of the BC Earthquake Alliance, says in a statement Thursday by Insurance Bureau of Canada (IBC). Registrants in 2016 surpassed the 2015 figure by more than 15,000.

Representatives from the alliance, IBC and London Drugs, as well as Naomi Yamamoto, B.C.’s Minister of State for Emergency Preparedness, helped mark the annual Great British Columbia ShakeOut by taking part in the “Drop, Cover and Hold On” at the London Drugs head office.

“’Drop, Cover and Hold On’ is the safest action to take in an earthquake,” Yamamoto says in the statement. Internationally recognized as a life-saving practice during an earthquake, the approach helps protect people “from flying objects and falling debris,” the statement adds.

The drill “provides an important reminder that every British Columbian must be prepared to be self-sufficient during the initial days after an earthquake. We encourage all residents to have an emergency plan and emergency kits prepared for disaster,” Yamamoto points out.

“Governments, businesses and all British Columbians have a role to play in creating a true culture of earthquake preparedness throughout the province,” emphasizes Bill Adams, IBC’s vice president, Western and Pacific.

In 2016, the alliance worked with London Drugs as part of the Great British Columbia ShakeOut to “highlight their great work on business continuity and preparedness,” says Cockle.

The company enacted its largest-ever emergency preparedness drill at its head office and all 51 store locations in the province, reports Clint Mahlman, executive vice president and chief operating officer for London Drugs.

“Working together with ShakeOutBC, emergency response partners and response agencies, we have been able to significantly elevate awareness amongst all of our staff and neighbouring businesses about the importance of being prepared and the tools and planning required for proper preparedness,” Mahlman notes.

Cockle emphasized “it is important for individuals to be prepared both at home and at work, in order to ensure a resilient B.C. in the event of an earthquake.”

The statement notes that although most are too small to be felt, there was 3,000-plus quakes in B.C. every year. Despite not being felt, “the risk of one capable of causing major damage is real.”

To help promote the Great British Columbia ShakeOut and the importance of earthquake preparedness, the alliance and IBC have launched the “Show Me ShakeOut” poster and video contest for school-aged children.