It would have been difficult for Intact Financial Corp. to only buy RSA’s Canadian operation without buying other parts of London-based RSA plc, a senior Intact executive suggests.

“It is difficult to pull [RSA Canada] away from the RSA Group for different reasons,” Intact CFO Louis Marcotte said, referring to the three-way deal announced this past November among Tryg A/S, Intact and RSA Group.

If that deal is completed, Tryg will acquire RSA’s operations in Sweden and Norway while Intact will get RSA’s operations in Canada, Britain, Ireland, the Middle East and some non-Scandinavian European operations. RSA’s Denmark operation would be split 50-50 between Tryg and Intact.

“We had looked for alternatives to be able to put our hands on this asset,” Marcotte said of RSA Canada during a recent virtual fireside chat with Credit Suisse analyst Mike Rizvanovic.

So Intact started having discussions with Danish insurer Tryg A/S, which wanted to buy RSA’s operations in Scandinavia. 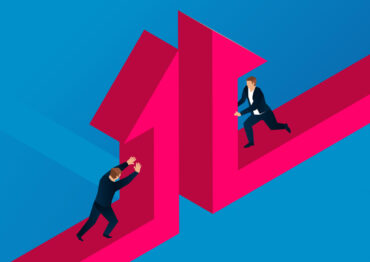 “The view was if Tryg could take over the Scandinavian assets and we took on Canada, the remainder in the U.K. and Europe, it would be a more manageable piece of asset for us to absorb,” said Marcotte.

Rizvanovic asked Marcotte to discuss the non-Canadian parts of RSA that Intact will get if the deal closes during Q2 2021.

“We are not in the strategy of building a conglomerate with flags everywhere. So every marketplace or country will be evaluated against two fundamental criteria: Does the business add to our specialty lines expertise and scale, overall? And can it outperform in the marketplace where it is operating? If the answer is no to both questions, we will look at strategic alternatives to those businesses. If we have the ability to outperform in the marketplace, we will continue with the business and grow it.”

RSA brings its expertise, in marine and renewable energy, for example, suggested Marcotte.

“It was a bit of a no-brainer for the Canadian marketplace.”

Regarding RSA’s U.K. operations, “given the fact that we are entering at scale and at a very reasonable price, we think is worth the risk and we think that we have a good shot at improving the business and helping improve the returns,” said Marcotte.

Intact is raising the money for its share by raising equity financing from major pension funds.

More News
Related
Why the impact of an Intact-RSA combo would vary by province
Anti-trust issues unlikely if Intact acquires RSA Canada: Analyst
What the OneBeacon deal says about Intact’s prospects with RSA acquisition
How long Intact has been contemplating RSA acquisition