How to reduce a condo corporation’s insurance premiums

With condo insurance premiums on the rise – in some jurisdictions, premiums have reportedly increased by 780% — and coverage scarce, legal counsel and Canadian Underwriter readers have a few ideas for the Insurance Bureau of Canada’s forthcoming risk manager for condo corporations. 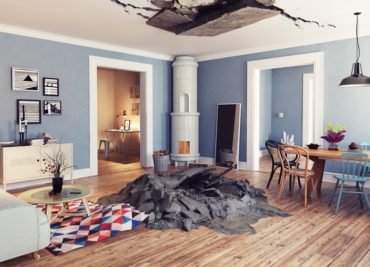 As reported, IBC’s newly created risk manager role will help condo corporations mitigate their risks, the first step towards finding coverage and reducing premiums. Given public comments so far, it appears that brokers and defence counsel already have several recommendations prepared for their condo corporation clients.

Jason Rivait of Miller Thomson LLP, in a blog for Mondaq, identified three ways for condo corporations to reduce risk, two of which involved changing condo rules and regulations.

“The purpose of removing items from the condo corporations’ insurance responsibility is not to merely pass the buck to unit owners,” Rivait wrote. “Rather, it mitigates the collective risk of unit owners and common expense increases.”

Rivait notes that condo unit owners tend to forget that the condo corporation’s premiums and deductible payments form part of their common expenses. So if a condo corporation pays the deductible for a $15,000 flood claim in one unit, for example, all of the condo owners will be required to pay for the cost of that deductible.

Rivait also recommends that condo corporations pass by-laws that extend the number of situations in which unit owners may be responsible for the lesser of the cost of repair and the deductible.

“Under the existing Condominium Act [in Ontario], the deductible may only be charged back to the unit owner if the damage was caused by the unit owner’s act or omission and only for damage to that owner’s unit. The act, however, allows by-laws to be created which makes unit owners responsible for these costs in the event the damage is from their unit irrespective of any act or omission and for damage to other units and the common elements.”

Two caveats, Rivait says: Such a charge back to the unit owner should only apply to insurable events such as floods or fires. Also, the charge back should be limited to the lesser of the cost of the repair or the deductible.

In online postings on Canadian Underwriter’s website, readers added a number of other ways to reduce a condo corporation’s risk exposure. Among them: