The Insurance Corporation of British Columbia (ICBC) announced on Monday that it has launched an education campaign aimed at helping to prevent insurance fraud. 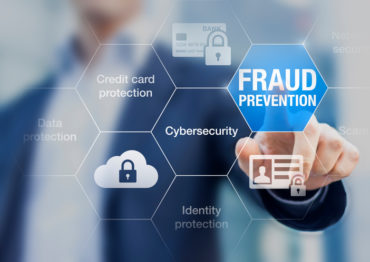 ICBC said in a statement that while most claims are honest, insurance industry studies estimate that fraudulent or exaggerated claims make up about 10 to 20% of all claims costs. “Applying those estimates means that fraud and exaggeration is costing ICBC customers up to $600 million a year, or more than $100 a year for each ICBC policyholder,” the insurance corporation reported.

“The goal of this information campaign is to show British Columbians that exaggerating an injury for financial gain is wrong,” said Chris Fairbridge, ICBC’s manager of the Special Investigation Unit (SIU), in the statement.

Last December, ICBC reported that it had generated its first results from a high-tech tool to help identify and target fraudulent claims. At the time, the corporation said that it had discovered 3,300 possible fraud alerts on open claims over the last three years following a review with the new analytics tool. ICBC reviewed the first 102 alerts and started 48 new suspected fraud investigations.

ICBC reported in the statement that the 2016 public information campaign sparked a 70% increase to ICBC’s fraud tips line in the first quarter. Overall last year, the fraud tips line received nearly 1,900 calls – a 66% increase over the volume of tips in 2015.

“We want the public to better understand the role they can play so we can work together to best prevent fraud,” said Fairbridge. “Tips help us take action by investigating suspicious situations in order to protect the majority of our customers who file honest claims.”

In 2016, ICBC’s SIU completed close to 10,000 investigations. The corporation expects fraud detection and enforcement activities to reduce ICBC’s basic insurance claims costs by $21 million for policies written over the next year. And ICBC estimates all of these activities, including use of the analytics tool, will save up to $44 million a year by 2019.

According to ICBC, the most common types of insurance fraud include false claims, exaggerated claims and organized fraud. An example of a false claim is when an owner fabricates a story about their vehicle being stolen when it was actually disposed of by the owner. Exaggerated claims are when a driver or passenger embellishes a claim by overstating their injuries or the damage to their vehicle. And organized fraud is a planned event such as a staged collision.