Looking at the big picture crucial for claims industry: speaker at CICMA/CIAA conference

Although the claims world can be “very insular,” there are efforts underway to understand how the industry fits into the “greater whole,” Joe Fidilio, vice president of financial lines claims with AIG Canada, said during a recent industry event. 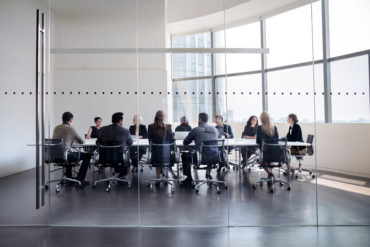 Speaking at the Canadian Insurance Claims Managers Association/Canadian Independent Adjusters’ Association’s Ontario Chapters’ 50th Annual Joint Conference on Monday, Fidilio noted that that the claims industry can be very “inward-looking.” He was one speaker on a panel sharing tips and strategies for effective leadership.

“For me, one of the things that is very important for my team is to understand, to justify, how they fit into the greater whole,” Fidilio told attendees to the conference, held at the Metro Toronto Convention Centre. “So what is it that we do on the claims side? How does that impact underwriting? What’s going on in the underwriting side that impacts the claims world and how do we get that communication flow back and forth so that they understand it’s not just a member of a small team, we’re part of a bigger organization and we have an impact on that organization?”

Part of the process in fitting into the big picture involves scheduling coaching and establishing formal mentoring, Fidilio suggested. For example, some of the more senior people in his organization work with some of the more junior people to ensure they are “attached,” and that the team communicates and coordinates together. As well, some junior staff members shadow the senior people.

“On the claims side, you have your pending and somebody else has their pending,” Fidilio said. “It doesn’t sort of work like that in law firms. We have a senior person working on a serious file; they can delegate some of those tasks out to a junior person,” he said, adding that his company is also “starting to get into filesharing.”

Bringing the team together as a whole is also important, Fidilio noted, even though “it may not be the most productive time. There’s a lot of chitchat, a lot of conversations, a lot of water cooler talk, but that actually builds the team and it actually gets them to work together better when they are actually looking to be productive,” he suggested. “You have to let go of the idea that when you’re in the office, it’s head down and work at your desk. Those conversations that may not necessarily be about work, claims or insurance, are actually valuable in keeping the team cohesive as a whole.”

Phil Cook, CEO of Omega Insurance Holdings Inc. and another panel member, added that sometimes it isn’t all about employees. “My experience has been, very often, if you concentrate on these staff issues and don’t communicate properly to the other constituents out there in terms of why you are doing that, you end up with policyholders saying, ‘I can’t get the person, they’re not there.’”

Claims industry improving on creation of succession plans, but planning should be for all industry positions: Cook