Toronto politicians are scheduled to debate this Monday a recommendation that the city’s transportation services department host “joint reviews” quarterly, with Toronto city police, of fatal auto collisions, in order to “identify potential causal factors” and measures to reduce the risk and severity of fatal accidents. 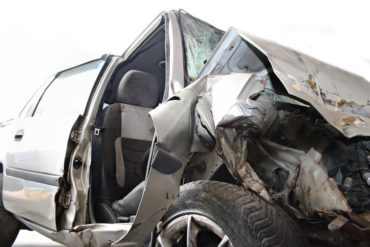 Toronto’s road safety plan (2017-2021) – a staff report by general manager of transportation services Stephen Buckley – is on the agenda for the June 20 meeting of the public works and infrastructure committee, which is comprised of seven of Toronto’s 42 city councillors. Buckley is recommending that full council – scheduled to meet July 13 – “endorse in principle” the road safety plan.

The “the total financial implications,” for city transportation services, of the road safety plan “is estimated at $68.1 million overall,” Buckley wrote. Of that, only $28.2 million has been approved in the city’s 2017-2025 capital plan.

The aim of the road safety plan is to reduce, by 20%, the frequency of KSI collisions, or those that kill or seriously injure a person (seriously injured being defined as admitted to hospital).

“Achieving the 20% reduction in KSI collisions goal proposed by the RSP requires a fundamental shift from opportunistic delivery of programs to a more proactive, data-driven, strategic planning and implementation of proposed countermeasures,” Buckley wrote.

Related: Photo radar, no right turn on red recommended for some Toronto streets

“A program will be developed for implementing curb extensions, also known as neckdowns, to reduce crossing distances on local and collector roads near schools and areas frequented by older adults,” Buckley wrote in the report. “This provides additional visibility and protection for older adults and/or children in addition to slowing traffic.”

The plan also proposes a new design with a smaller corner radius at some intersections, intended to shorten pedestrian crossing distances and deter drivers from making right turns at higher speeds.

The plan also proposes improved pedestrian crosswalk markings, consideration of prohibiting right turns on red lights at some intersections, reducing speed limits on several stretches of city roads and authorizing city staff to ask the province to allow the city to implement a photo radar pilot project in school zones and construction zones.

Photo radar – which was used in 1994-95 on Ontario provincial highways – is currently not allowed on municipal roads in the province.

“The comprehensive nature of the plan entails the shared responsibility, involvement, and commitment of all road safety partner agencies in the City, consideration for all types of road users, identification of the City’s key safety priorities, and the inclusion of a variety of engineering, education, and enforcement countermeasures,” Buckley wrote.

“In order to deliver on an increased budget for road safety initiatives, Transportation Services would require increased capacity particularly in the area of capital project delivery.”

“In recent years, many jurisdictions in North America and abroad have begun to better co- ordinate efforts and resources among agencies and stakeholders under a unified road safety plan, working collaboratively to achieve a shared vision and goal,” Buckley wrote. “Many of these cities have joined a movement called Vision Zero, which aims to significantly reduce traffic-related fatalities and serious injuries.”