Looking for a quick D&O rebound after COVID? Don’t hold your breath….

Brokers looking to see directors’ and officers’ (D&O) insurance pricing and capacity rebound quickly after the pandemic had better not hold their breath — especially with the Canadian government now starting to pull the plug on certain COVID relief measures for small private businesses. 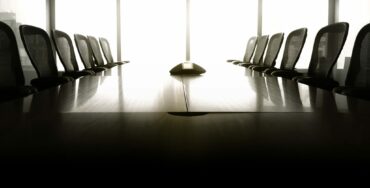 The looming threat of business bankruptcies has underwriters concerned about the threat of further litigation against corporate directors, which has already reached a 10-year high, according to the Aon report, Insurance Market Canada: Mid-Year Review 2021, published Thursday.

“Securities class actions in Canada have now reached a high not seen since 2011,” the Aon report states. “The average settlement amount was $265.5 million, with a median settlement of $5.5 million…

“Underwriters continue to ask questions about how organizations are responding to COVID-19, including questions about heightened liquidity/bankruptcy risk, disclosure risk to stakeholders, employee exposure due to employee health/well-being and layoffs, and cyber governance protocol as many employees continue to work from home.”

Underwriters are looking to see what happens to small private businesses once these government assistance programs come to an end, one broker told Canadian Underwriter on background Friday. “The issue is, how are these companies going to work within that new world?”

Related Story: An expert’s guess on how long the D&O market will last

The Canadian Federation of Independent Business issued a statement Thursday protesting the removal of these supports, “despite more than a quarter of small firms remaining fully or partially locked down and fewer than 40% at normal levels of sales.”

“We still have tens of thousands of businesses that are partially or entirely shut down by government orders, while others are just barely beginning to generate a trickle of sales revenue,” CFIB president Dan Kelly commented in a press release. “Businesses that are reopening also face major new costs in hiring and training workers, buying supplies, and stocking up on PPE [personal protection equipment]. Pulling back support too early will result in more business failures.”

Privately-held companies have not received as much attention in the D&O conversation as publicly-traded companies.

“Insurers who were previously comfortable providing coverage for Quebec-domiciled companies have been stepping back. This reluctance can be partially explained by the statutory requirement in Quebec [requiring] that defense expenses [be] payable in addition to the indemnity available under an insurance policy. In addition to constricted capacity, pricing has skyrocketed, particularly for publicly traded companies.”

Rate increases and reduced capacity are the byproduct of escalating claims ratios in this line of business.

Canada’s solvency regulator, the Office of the Superintendent of Financial Institutions (OSFI), noted in its 2021 Q1 results that loss ratios in D&O liability lines continue to climb. Already on the high side at 66.6% in 2019 Q4, the industry’s D&O liability loss ratio ticked up to 73.9% in 2020 Q4.

Facing high loss ratios, domestic carriers in Canada have decreased capacity for both primary and excess coverage for D&O. “Markets such as Allianz and RSA [have exited] the D&O space entirely,” Aon observes in its report. “[Lloyd’s of] London capacity has also been restricting, with syndicates such as AXA XL no longer providing D&O capacity out of London.”

More News
Related
This decision on a $5,000 deductible could motivate condo corporations to change their bylaws