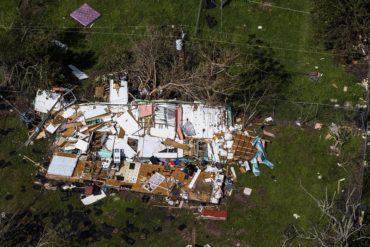 Meanwhile, Fitch Ratings Inc. suggested Monday the reinsurance industry is “well equipped to handle substantial hurricane losses” due in part to the 11-year period where no Atlantic storm made landfall while still a hurricane on the U.S. mainland.

“Increasingly rough surf conditions can be expected along the Atlantic Coast of Nova Scotia today onward,” Environment Canada said Tuesday. “One to 2 metre swells are expected today building to 3 to 4 metres Wednesday into Thursday, mainly along the southwestern shore. The swell will gradually diminish late this week. While there is a new moon tonight, and tides will be large, no storm surge is expected.”

The U.S. National Hurricane Center has issued a tropic storm warning for parts of Rhode Island and Massachusetts, predicting three to five inches (76 to 127 mm) of rain for the Massachusetts communities of Martha’s Vineyard, Nantucket and Cape Cod and “total rain accumulations of” of one to three inches (25 to 76 mm) for eastern Long Island, southeast Connecticut and southern Rhode Island.

Aon plc reported earlier that insured losses from Hurricane Harvey – including those affecting the U.S. National Flood Insurance Program – were “likely to well exceed” US$10 billion.

Fitch Ratings reported Monday that estimated insured losses from Irma “range from $25 to $50 billion based on various loss estimates.” Those losses, Fitch added, “will represent a substantial near-term earnings reduction for companies with exposure to the Florida (re)insurance market. However, Irma related losses are not anticipated to adversely affect capital adequacy to a degree that weakens ratings in the near term for insures in Fitch’s coverage universe.”

One “potential impact” from Irma “is a change in the behavior of traditional reinsurers and the use of alternative capital instruments such as catastrophe bonds, collateralized reinsurance programs, sidecar vehicles, and insurance-linked securities (ILS) funds,” A.M. Best Company Inc. said in a briefing released Sept. 12. In that briefing, Oldwick, N.J.-based A.M. Best listed 33 outstanding cat bonds with Florida exposures sponsored by reinsurers and U.S. national writers, with U.S. wind-related perils or U.S.-named storms as part of the perils cover. The projected exposed amount associated with those cat bonds is about US$10 billion, A.M. Best reported at the time.

In a separate briefing released Sept. 14, A.M. Best said it “expects Irma to be more of an earnings event for A.M. Best-rated reinsurers, given that balance sheets are extremely strong and have been stress-tested sufficiently to absorb extreme losses.”

Reinsurers “will bear a large portion of losses from Irma, but the reinsurance market is well equipped to handle substantial hurricane losses in part due to a lack of major hurricane landfalls in the 11 years before Irma,” Fitch director Chris Grimes stated in a release Sept. 18.

Hurricane Katrina, which caused major flooding in 2005 in New Orleans, caused US$79.6 billion in insured losses, adjusted for inflation to 2015, Swiss Re said in a report released last year. Katrina was the most expensive disasters for insurers between 1970 and 2015, Swiss Re said in Natural Catastrophes and Man-Made Disasters in 2015.

In 2012, Hurricane Sandy was downgraded to post tropical storm status when it made landfall in late October of that year about 200 kilometres south of New York City. Swiss Re said earlier that Sandy was the third most expensive disaster in 45 years (after the March 2011 earthquake and tsunami affecting Japan) with inflation-adjusted losses of US$36.1 billion, while Andrew, which hit Florida in 1992, placed fourth with inflation-adjusted insured losses of $27 billion.

Update: One person is dead, two are still not found…#guadeloupe
Prayers for the victims/Family pic.twitter.com/HeSx7LjzLF

The sea was angry that day my Friends… #HurricaneJose stirs 10 Ft waves off #OCMD by 76th St this AM. Credit Jackie Kearney pic.twitter.com/X2ljsWs8Wz

More News
Related
Some reinsurance programs ‘have been called upon four or five times’ in 2017: CMS
Mexico earthquake and three hurricanes could cost the industry US$95 billion: SCOR
XL Group estimates US$1.33 billion loss from Hurricanes Harvey, Irma and Maria
Reinsurance sector strongly positioned to deal with potential record-breaking losses of 2017: JLT Re