How legalizing pot will affect your insurance policies 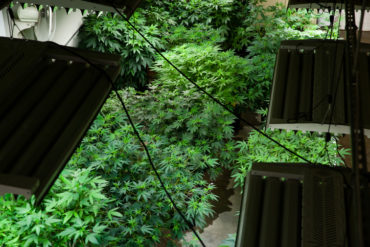 In a June 1 presentation at the seminar, titled Smoke Hazards: How will the legalization of marijuana affect the insurance industry?, Teitelbaum discussed several court decisions and their potential implications for the Canadian insurance industry.

In one case involving Gore Mutual Insurance, the Ontario Court of Appeal upheld a decision that dismissed the insured’s property loss claim under a homeowner’s policy, Teitelbaum told attendees. The insured’s home was totally destroyed by an explosion arising from the illegal production of marijuana on the premises by a tenant. The court found that the exclusion for indirect or direct loss or damage to dwellings used in processing or manufacturing of marijuana applied, Teitelbaum explained. “Given that persons will be able to grow four of their own plants in their residences,” he said, referencing the proposed federal legislation, “this exclusion will have to be modified in some fashion.”

In another case involving TD Insurance, the Ontario Divisional Court upheld an appeal from the motion judge’s ruling the plaintiffs were entitled to $1,000 each from their 11 stolen marijuana being used for medicinal purposes, but for different reasons than the motion judge, Teitelbaum said. The court found that the plants’ theft was not theft of personal property related to the ownership of a dwelling under a homeowner’s policy. “While the plants were personal property, they were not usual to ownership, even though the plaintiff insureds were authorized to grow marijuana for their own medical purposes because the court held that it seems quite evident that marijuana plants in the backyard are not usual to the ownership or maintenance of a dwelling itself,” Teitelbaum said during his presentation.

“Given that the proposed legislation contemplates home cultivation of cannabis, this is another provision that will require amendment,” he added. Questions that could arise include: before an insurer will agree to insure a residence, will one of the questions posed on an insurance application be whether marijuana plants will be on the premises? and how will this impact the premium charged?

The third case Teitelbaum cited related to a fire policy. The Supreme Court of British Columbia found that the policy was not voided due to an alleged misrepresentation related to the presence of an alleged marijuana grow op. The B.C. Supreme Court held that there was no misrepresentation or failure to disclose a material change in the risk on the part of the plaintiff with respect to a fire damage claim for premises where the insured’s operated a greenhouse and garden supply business. The decision of the Mutual Fire Insurance Company of British Columbia was to treat the policy as void based on their being evidence that some point prior to the fire a marijuana grow operation had been undertaken in an attached living suite without their knowledge or approval.

“Mutual Fire did not allege that the grow op was the cause of the fire, it did not know the cause,” Teitelbaum noted. “However, the insurer said that if it had known of the situation, it would not have renewed the policy.”

The insureds responded that if there was a grow op set up in the suite at some time, they had no knowledge of it. “It raises the issue of how insurers will address grow ops,” Teitelbaum said. “Insurers may decide to continue to avoid coverage for illegal mass production of marijuana by individuals, while recognizing that the limited production that will be allowed under the proposed Cannabis Act is lawful. Some wordsmithing of the policy language will be required.”

In the United States, one case is of special interest; it addresses property coverage for a medical marijuana retail operation with an adjacent growing facility. In this case, smoke and ash from a fire overwhelmed a ventilation system, eventually intruding into the growing operation and causing damage to the plants, Teitelbaum said during his presentation. The district court found that harvested marijuana was considered inventory and stock under the policy. In addressing what constitutes ‘stock,’ the court noted that the policy defined stock as including raw materials and processed or finished goods. “This esoteric point is of some interest because in one form of property policy in Canada, stock is defined as ‘merchandise of every description usual to the insured’s business,’” Teitelbaum pointed out. “There is no reference to raw materials. Will policy wording specifically aimed at the marijuana industry be different in respect of this?” he asked.

Regarding liability coverage, it remains to be determined how preliminary underwriting considerations addressed by the application process will be determined, along with how that coverage will apply and any limitations in terms of limits, deductibles or aggregates. Other considerations include: whether pollution or mould exclusions might apply and if they need any modification; any exclusions in current policies relating to marijuana use; and coverage related to rental properties and condominiums. For example, Teitelbaum noted that the Canadian Federation of Apartment Associations is asking the federal government to prohibit all marijuana growing in rented dwellings.

“The concern is that renters can create electrical safety hazards and damage to their units in buildings through mould,” he said. “Similarly, in condominiums, concern is about damage to units and common elements due to moisture from the marijuana plants that can create mould in walls, ceilings and floors and damaged window seals, disproportionate use of utilities such as electricity and water, if they are not sub-metered, fire hazards by people drying marijuana in stoves and odour from the plants wafting into other people’s unit.”

Regarding auto insurance, Teitelbaum suggested that there “could well be an increase in impairment cases,” noting that impairment is not as straightforward as alcohol and no test comparable to the breathalyzer is currently available. As well, section 7.2.2 of the Ontario Automobile Policy (OAP1) excludes coverage for accidental loss or damage caused by drivers under the influence of “intoxicating substances.” In a tort claim, the insurer may argue that if a person was marijuana impaired, only the $200,000 statutory minimum limits are available. In first party context, for claims for loss or damage to one’s own automobile, coverage would be voided, Teitelbaum suggested. With respect to accident benefits, entitlement to income replacement benefits, non-earner benefits and other expenses excluded by section 4.4 of the OAP1 where the claimant is convicted of a criminal offence involving the operation of an automobile also needs to be examined.

“There’s many questions, without many definitive answers at this stage,” Teitelbaum concluded. “Presumably as the federal legislation is firmed up and the provinces deal with the various administrative matters they are being called upon to address, the identity of the insurers who are prepared to write and the nature of the coverages that will be offered will be announced. It will be interesting to see whether provinces make insurance coverage for manufacturers or producers, distributors and retailers and dispensaries mandatory.”

3 Comments » for How legalizing pot will affect your insurance policies