MSA calls for ‘sustainable solution for underinsurance’ in overland flood

A potential solution to overland flood risk in Canada “could follow” the model of Britain’s Flood Re, MSA Research Inc. suggested in a report released Monday to Canadian Underwriter. 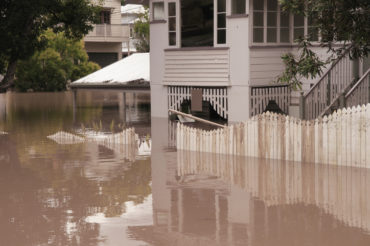 Toronto-based MSA released its Quarterly Outlook Report for Q1 2017. In the report, MSA noted the combined ratio for the Canadian property and casualty insurance industry was 100% in the first quarter of this year, compared to 94% in Q1 2016.

That result excludes the public auto insurance carriers in British Columbia, Manitoba and Saskatchewan as well as insurers licensed by the Quebec Autorité des marchés financiers (AMF) who only file semi-annually.

“For tens of thousands of Canadians, this spring will be long remembered as a big soggy mess,” MSA chief executive officer Joel Baker wrote – with input from Glenn McGillivray, managing director of the Institute for Catastrophic Loss Reduction – in an article in the Quarterly Outlook Report.

Overland flood insurance for residential properties was generally unavailable in Canada before 2015.

But the addition of overland flood coverage has “served to add an additional layer of complexity,” Baker wrote in the article, titled Communities, Governments and Industry… Under Water.

For example, “consumers are generally unaware of risk characteristics of their properties,” Baker wrote.

“Listing the problems is the east part,” Baker added. “Solving these conundrums is not as simple.”

A solution “must include a sustainable solution for underinsurance and uninsurability in high risk zones,” wrote Baker. “Such a solution could follow the U.K. model of Flood Re as a private public partnership that provides a facility for insuring the highest risk properties.”

Launched in April, 2016, Flood Re is a special purpose vehicle and a not-for-profit monoline reinsurer, that is subsidized by a tax levied on all insurers offering home insurance in the United Kingdom. There is a cross-subsidy from about 98% of the British population to high-risk property owners, Brendan McCafferty, then Flood Re’s chief executive officer, said in 2015 at the National Insurance Conference of Canada.

Flood Re is one example of a program “where in the high risk areas which are not insurable by the insurance industry itself, the government and insurance together create a pool,” said Balz Grollimund, Swiss Reinsurance Company Ltd.’s head of treaty underwriting for Canada and English Caribbean, at Insurance Bureau of Canada’s Financial Affairs Symposium, held April 25, 2017.

An assessment by Swiss Re found that “9% of Canadian homes are located in a 100-year flood zone and can be considered at risk for severe flooding,” Grollimund told Canadian Underwriter last year. “For these homes, and especially the ones located within the 10- to 50-year flood zone, which affects 3% of all homes, flood insurance is either not available or the premium is preventively high.”

A property cannot qualify for NFIP coverage unless it is in a community that has joined the NFIP and agrees to enforce certain floodplain management standards.

Several proposals to extend the program are currently before Congress.

NFIP “was created in 1968 to reduce ad-hoc disaster payments and to deal with a perceived lack of available and affordable flood insurance,” Steve Ellis, vice president of Taxpayers for Common Sense, told the House of Representatives Financial Services Committee earlier this month.

“Nearly half a century on it is nearly $25 billion in debt to taxpayers and there have been enormous technological innovations that enable insurers to accurately price risk and provide products and coverages unavailable through NFIP,” Ellis said.

Before the Conservatives were replaced as Canada’s ruling party, they said in their budget document for 2014-15 that they are proposing “to consult with the insurance industry, provinces and territories to explore options for a national approach to residential flood insurance.”

In 2016, a federal government spokesperson told Canadian Underwriter that “Public Safety Canada continues to work with key stakeholders, including provinces and territories and the Insurance Bureau of Canada (IBC) to explore options for a national approach to facilitate the entry of the insurance industry into the residential flood insurance market.”