Neither the behaviour of personal injury lawyers nor “excess profits” of insurers are to blame for high auto premiums in Ontario, but the government should consider restricting lawyers’ contingency fees, a special advisor to the provincial government suggested in a report released Tuesday. 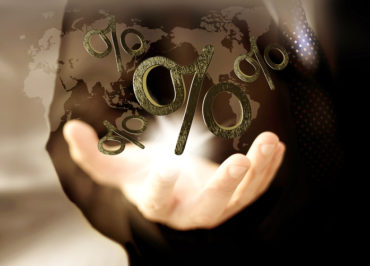 In a previous study commissioned by the Ontario Trial Lawyers Association, two business professors concluded that Ontario consumers “may have overpaid for auto insurance by between $3 and $4 billion for auto insurance over the period 2001 to 2013.” That study was written by economics professor Fred Lazar and finance professor Eli Prisman. In an update released in October, 2015, Lazar and Prisman concluded that consumers “likely overpaid” by $702 million for auto insurance in 2014. The study – titled Returns on Equity for Automobile Insurance Companies in Ontario -includes a table listing industry-wide ROEs for Ontario auto insurers, but that industry wide table excludes insurers with negative ROEs.

In a release reacting to that study, the Insurance Brokers Association of Ontario argued that Ontario lawyers’ contingency fees should be capped at 25%.

But the “main cause” of high Ontario auto insurance costs “is not inefficiency, or excess profits by insurance companies or the behaviour of claimants, providers or lawyers,” Marshall said in his report released April 11, 2017. “It is the way the system is structured.”

Marshall, former president and chief executive officer of the Workplace Safety Insurance Board, was appointed in 2015 as a special advisor to Finance Minister Charles Sousa.

“In many ways, the need to have lawyers involved to negotiate settlements in what should be a straightforward, no-fault, accident benefits system signals a failure in the system,” he wrote in the report released April 11, titled Fair Benefits Fairly Delivered.

“There should not be so much uncertainty that neither accident victims nor insurers are confident as to what constitutes fair benefit,” Marshall wrote.

Auto insurance regulations “should be amended to include only broad principles and entitlements for benefits” Marshall argued.

Ontario should establish an “arms-length regulator with a skills-based board” to oversee auto insurance, Marshall suggested.

That new regulator “should be responsible for interpreting the legislation and, following appropriate consultation with stakeholders, creating policies, guidelines and rules that are enforceble and not subject to challenge in the courts as long as they are in keeping with the letter and spirit of the legislation,” Marshall recommended.

“The need for accident victims to hire lawyers to access benefits needs to be greatly reduced by simplifying the benefits and making them more readily available,” Marshall added, suggesting that lawyers “need to be held accountable for much more transparency in how they advertise and how they charge their fees.”

“In the future, when the core entitlement decisions are readily determined by programs of care and neutral independent examiners, there should be little structural need for conventional litigation,” he added.

On March 8, a backbench Liberal MPP, Mike Colle, tabled a private member’s bill proposing to cap contingency fees, for personal injury claims, at 15%. If passed into law, Bill 103 – the Personal Injury and Accident Victims Protection Act – would require personal injury lawyers to submit their ads to the Law Society of Upper Canada for approval.

There are “concerns with how the contingency fee regime is operating in Ontario auto insurance cases today,” Marshall wrote.

The process of setting up an arms-length regulator is already under way with the passage into law of the Financial Services Regulatory Authority of Ontario Act, Marshall suggested.

The Financial Services Regulatory Authority of Ontario Act has yet to come into force. When Bill 70 (the omnibus legislation bringing in the act) was tabled for second reading, Sousa told the legislature the government was responding to a recommendation from an advisory panel appointed in 2015. That panel included former Dominion of Canada General Insurance Company CEO George Cooke.

The panel “argued that Ontario needed a regulatory authority that is flexible and innovative and that possesses the expertise appropriate to match the consistently evolving financial environment,” Sousa said in 2016, suggesting that the new authority would regulate, among other things, pensions and auto insurance.

The new regulatory authority “should monitor the functioning of the automobile insurance dispute resolution system,” Marshall wrote in his final report on the auto insurance system released April 11, 2017. “For example, if a particular insurance company is generating an unusual number of appeals at the Licence Appeal Tribunal or an unusual level of reversal of their adjudication decisions on claims, the regulator should be given the right to audit and examine the internal management and training practices of those insurers with a view to improving decision making and lowering the number of disputes going to the dispute resolution system.”

Starting April 1, 2016, Ontario’s License Appeal Tribunal took over – from the Financial Services Commission of Ontario – arbitration of disputed auto accident benefits claims. That change was due to a recommendation from J. Douglas Cunningham, a former Ontario judge who was appointed in 2013 to review the province’s accident benefits dispute resolution system.

The Insurance Act was changed to allow parties bring, to LAT, disputes “in respect of an insured person’s entitlement to statutory accident benefits or in respect of the amount of statutory accident benefits to which an insured person is entitled.” But parties are not allowed to bring such proceedings to court, “other than an appeal from a decision of the Licence Appeal Tribunal or an application for judicial review.”

In his report released April 11, 2017, Marshall recommended that a new regulator establish “a roster of hospital-based independent examination centres” to “provide diagnoses and future treatment plans.” Insurers, he added, should be required “to provide the treatments prescribed in the programs of care or those that are stipulated by the independent examination centre without dispute.”

Marshall argued that insurers “must change their role from managing costs to delivering care to their customers.”

Marshall suggested the privately-delivered auto insurance system should remain in place in Ontario and not be replaced by a government monopoly.