New Zealand will continue to flesh out the details of proposed changes aimed at simplifying and improving the Earthquake Commission (EQC) scheme to help support more timely response to affected policyholders. 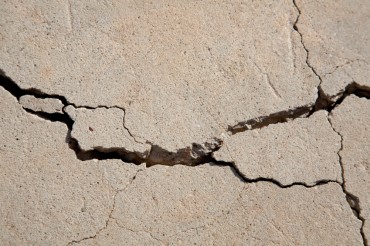 Reforms to the Earthquake Commission Act seek to “simplify the relationship between the EQC scheme and private insurance and help provide faster and smoother resolution of claims following a major event,” Gerry Brownlee, New Zealand’s minister responsible for the EQC, said Monday.

The idea is for the government to release a draft of an EQC reform bill later in 2017 or early 2018, with changes anticipated to be implemented in 2020. The reforms will have no impact on the handling and outcome of existing EQC claims.

“Everyone with a private insurance policy, that includes fire insurance for their residential building, will continue to receive EQC cover,” New Zealand’s finance minister Steven Joyce noted during the joint announcement.

Specifically, the proposed reforms are as follows:

“Requiring EQC claimants to lodge claims with their private insurer will help EQC and private insurers work better together in future,” Brownlee maintained.

The Kaikōura earthquake in November 2016 was among the major events cited by Impact Forecasting in its Global Catastrophe Recap last December. The main quake was 7.8 on the Richter scale and was followed by several aftershocks.

The disaster “brought further damage to parts of New Zealand as the country continues to rebuild following the devastating temblors in 2010 and 2011,” Adam Podlaha, global head of Impact Forecasting, said in a statement at the time.

“While the associated losses with the November event are not expected to reach the magnitude of the 2010 and 2011 events, it serves as a reminder for the cat modelling sector of the earthquake risk in Oceania,” Podlaha continued.

As of the end of May, the Insurance Council of New Zealand (ICNZ) reported the total value of insurance claims for the earthquake had reached NZ$1.84 billion. Private insurers had received almost 43,000 claims, 31,000-plus for residential properties.

The claims and costs do not include any land claims, or house and contents claims that EQC is managing or where insurance has been purchased off-shore.

In late May, ICNZ chief executive Tim Grafton cited the council’s concerns over, among other things, the planned 33% hike in the EQC levy to be applied to house insurance from Nov. 1. If fewer people insure, “does it help the uninsured and, thereby, encourage greater levels of non-insurance and under-insurance?” Grafton asked.

With regard to the government announcement Monday, ICNZ reports it supports the thrust of the reforms, but seeks a clear expectation that insurers should be responsible for assessing and managing claims for house damage.

“The government has listened to our concerns that some form of land compensation needs to be kept in addition to the building cover,” Grafton says in a statement, adding that the council further believes “the removal of contents insurance makes sense as the focus of the scheme should be on ensuring people can be rehoused after an earthquake.”

Still, “the area where we have some difficulty is that we believe insurers should be responsible for assessing and settling all house claims as we have largely been doing for the Kaikoura earthquake,” Grafton reports.

“The worst outcome would be if the law requires all claims to be lodged with insurers, and then that information passed to EQC to assess the damage and manage the settlements for our customers. Insurers are wanting to make this simpler and more efficient for their customers, not more complicated,” he emphasizes.

“Another issue we are keen to push is that the standard of repair that homeowners receive is the same as that in their insurance policies irrespective of whether the damage is above or below the EQC cap,” he adds.

Grafton noted in May that “New Zealand is one of the most vulnerable countries in the world to natural disasters for its size. Insurance is vital in providing protection for people.”

In Monday’s announcement, it was noted feedback was received in response to the Discussion Document issued in 2015.

The review, Joyce said Monday, “has provided us the opportunity to consider how the scheme could work more effectively for future natural disasters.”