Ontario politicians voted unanimously Monday in favour of a bill that will mandate licensing of home inspectors in the province and will let the government and consumer services minister regulate insurance requirements. 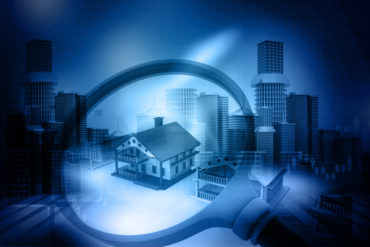 Bill 59, an omnibus bill that also introduces new rules for payday loans and door-to-door sales, passed third reading in the legislature. All 86 MPPs present voted in favour of the government bill.

Once it is signed into law and takes effect, Bill 59 will create the Home Inspection Act.

It has some similarities to Bill 165, a private member’s bill tabled in 2016 Liberal MPP Han Dong. With that bill, Dong had proposed a licensing scheme for home inspectors and proposed to let the Ontario government make regulations “prescribing the types of insurance” they must have, such as errors and omissions and commercial general liability.

“Currently anybody in Ontario can practise as a home inspector, as there are no minimum standards or qualifications,” Marie-France Lalonde, then the ruling Liberals’ government and consumer services minister, said in November when she tabled Bill 59 for second reading. The new Home Inspection Act will stipulate that “only individuals are allowed to perform home inspections, as defined, and the Act requires them to be licensed as home inspectors.”

During hearings in February before the Standing Committee on Social Policy, some speakers had misgivings about laws requiring that contracts disclose insurance information.

“With respect to insurance, we absolutely agree that home inspectors should carry appropriate insurance, including professional liability, but are not so sure that the type and amounts of insurance should be in an inspection contract,” Carson added.

Pierre Champagne, a lawyer for the Ontario Association of Home Inspectors, suggested to the committee that real estate agents and lawyers involved in real estate transactions are not required in Ontario to specify their liability insurance details in their contracts.

Champagne suggested that the Ontario Association of Home Inspectors agrees that home inspectors should be required by law to have liability insurance. But a requirement to include home inspectors’ liability insurance information in their contracts “unfairly targets them with respect to their client in saying, ‘Look, this is who you should sue if there’s a problem,'” Champagne told the committee Feb. 27, in reply to a question from Jagmeet Singh, NDP critic for government and consumer services. “In fact, the right to sue doesn’t depend on whether somebody has liability insurance or not and whether that’s inserted in the contract.”

The changes “would better protect and lessen the burden on people who use alternative financial services and help protect them from unexpected costs,” Lalonde told the legislature earlier.

They also prohibit a supplier “while at a consumer’s dwelling or at any other prescribed place,” from soliciting a consumer “to enter into a direct agreement for the supply of prescribed goods or services or enter into such an agreement unless the consumer has initiated contact with the supplier and has specifically requested that the supplier attend at the consumer’s dwelling or the other prescribed place for the purpose of entering into such an agreement.”

That amendment to the law “would lead to the banning of uninvited door-to-door contracts for certain and still to be determined goods and services, which could include home appliances,” Lalonde told the legislature during debate on Bill 59.

“We all know of situations where a consumer is approached by a salesperson at their front door using high pressure and predatory tactics to get them to sign a contract they either don’t want or don’t need,” Lalonde said April 4 after Bill 59 was returned to the legislature by the social policy committee. “Many Ontarians have been deceived by door-to-door salespeople who have anchored them with a home appliance or other good that could cost many times more than it should. This proposed legislation would enable the banning of unsolicited door-to-door contracts in prescribed sectors, such as the home appliance sector.”