The Region of Waterloo in Ontario announced earlier this week that a new taxi bylaw, set to be implemented in October, will include “consistent insurance requirements for traditional and non-traditional taxis.” 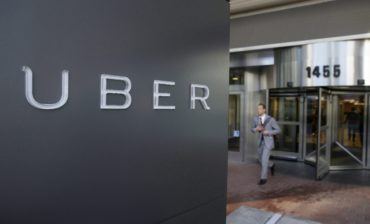 FILE – In this Dec. 16, 2014, file photo a man leaves the headquarters of Uber in San Francisco. Uber said Wednesday, June 1, 2016, that it is getting a massive cash infusion from Saudi Arabia. (AP Photo/Eric Risberg, File)

The bylaw will also include new licensing ratios and limits; a “fair and flexible rate structure for both traditional taxis and app based companies”; a fair fee structure for all vehicles for hire; the requirement of cameras in all traditional taxis until they can meet similar criteria through an application; and consistent documentation, driver screening and vehicle requirements for all drivers.

“The Region, as a regulator, recognized new technologies are here to stay, while also acknowledging that taxis are a critical part of public transportation,” the Region of Waterloo said in a press release on Wednesday. “Public input was clear, they wanted both options – they wanted choice. The bylaw review provided an opportunity to show leadership in finding manageable, innovative solutions to this complex issue.”

Jane Mitchell, regional council and chair of the Region’s Licensing & Hearings Committee, said in the release that the approval of the recommendations means that the municipality can move forward and finalize the bylaw. The recommendations, derived from a variety of public input methods, make the bylaw more balanced for all vehicles for hire, the release said. “Drivers, owners and brokers will now have a similar license structure that achieves public safety and consumer protection,” Mitchell said.

Kris Fletcher, regional clerk and director of council services, added that the municipality’s priority throughout the process was to ensure passenger safety and consumer protection. “The recommendations for the new bylaw will provide you with a safe ride regardless of the method you choose,” Fletcher said.

The final taxi bylaw is scheduled to be passed at the August regional council meeting with implementation set for Oct. 1.

The Region of Waterloo becomes the latest Ontario jurisdiction to approve ridesharing services. Last month, the City of Toronto gave Uber the green light to operate legally in the city. Last November, the City of Windsor also recommended that city council “obtain an external consultant to review the possibility of allowing services like Uber to operate legally in the city.” But in March, the city of Mississauga directed transportation network companies to suspend operations as a review continues of companies operating illegally.