Saskatchewan Government Insurance (SGI) and law enforcement will be focusing on vulnerable road users throughout the month of April. 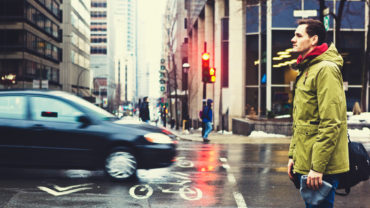 SGI, the province’s self-sustaining, compulsory auto insurance program, said in a press release on Friday that the focus will include dangerous traffic behaviours by pedestrians, cyclists and motorcyclists, as well as dangerous actions towards them by drivers.

In particular, police will be watching for pedestrians crossing the street before it is safe, cyclists disobeying traffic signs and lights, motorcyclists not wearing the proper gear or following the rules of the road and drivers not sharing the road safely with vulnerable road users.

“Pedestrians, cyclists and motorcyclists don’t have airbags to protect themselves in a collision so drivers should pay extra attention near intersections and give them the room they need to be safe,” said Earl Cameron, executive vice president of SGI’s Auto Fund, in the release. “Vulnerable road users also need to follow the rules of the road and remember they are smaller – drivers may not see them. As a vulnerable road user, even if you have the right of way, make sure drivers see you before entering their path.”

According to statistics from SGI, vulnerable road users have a higher risk of injury or death if involved in a collision with a vehicle. The insurer’s 2015 statistics indicate that 15 pedestrians, one cyclist and four motorcyclists were killed in collisions in Saskatchewan and 536 more people were injured.

Provincial police also reported nearly 5,000 other offences, including 4,168 speeding/aggressive driving offences, 281 impaired driving-related offences and 348 distracted driving offences (including 266 for cellphone use). The results included all traffic safety focus results for February submitted by police as of March 20.