Saskatchewan sees most tickets yet for distracted driving since traffic safety spotlights began in 2014: SGI

The month of March saw the most tickets yet for distracted driving since monthly traffic safety spotlights began in 2014, Saskatchewan Government Insurance (SGI) reported on Monday. 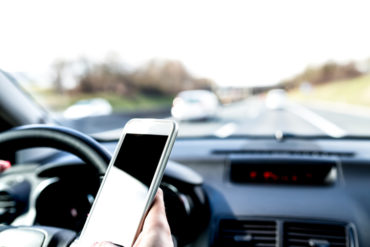 Last month, a total of 523 tickets were issued: 441 for driving while using, holding, viewing or manipulating a hand-held cellphone and 82 for driving without due care and attention.

Throughout March, police were also watching for drivers speeding, driving under the influence of drugs and/or alcohol and not being properly restrained with seatbelts or not having their child passengers in the appropriate child safety seat, SGI said in a press release.

Violations for these offences are “disappointing as they’ve increased each month in 2017,” SGI said, noting that this includes all traffic safety focus results for March submitted by police as of April 13: 4,532 speeding/aggressive driving violations; 318 impaired driving infractions; and 453 seatbelts/child safety seats violations.

Distracted driving laws were strengthened in January, from ‘using’ a hand-held cellphone to ‘using, viewing, holding or manipulating’ one. Learner and novice drivers are not allowed to use a cellphone of any kind, not even hands-free. Experienced drivers can use hands-free phones if they are activated with voice commands or one-touch, and are dashboard, visor or cradle-mounted, SGI explained.