The month of September 2016 ranked as the second warmest September on record, but not enough to continue the recent 16-month streak of record warmth, the National Oceanic and Atmospheric Administration (NOAA) in the United States has reported. 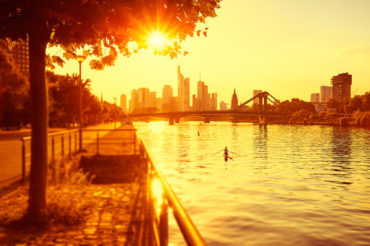 August’s warmth spread into September, contributing to the warmest year to date for the globe, NOAA said in a press release earlier this week. Last month, NOAA reported that August 2016 marked the 16th month of record warmth for the globe – the longest such streak in 137 years.

September was 1.60 degrees Fahrenheit above the 20th-century average, missing last year’s record for the month by just 0.07°F, scientists from NOAA’s National Centers for Environmental Information said in the release. For the year to date, the average global temperature was 1.78°F above average, surpassing the heat record set in 2015 by 0.23°F.

In August, NOAA said that July 2016 was the hottest month on record for the globe – 1.57°F above the century average. That month also broke the previous year’s record for the warmest July by 0.11°F.

Among NOAA’s most recent findings:

More News
Related
2016 was the warmest year on record for the globe, Canadian Prairies experienced one of the “longest and most active storm seasons”: report
August marks ongoing trend of record-breaking heat for the globe: NOAA
2016 marks three consecutive years of record warmth for the globe: NOAA
Earth had second warmest February on record this year: NOAA