The Plug and Play Tech Center, a Silicon Valley global technology accelerator and venture fund, announced that it has partnered with the world’s largest reinsurer – Munich Re – to create what it is calling the first ever accelerator program for startups focused on insurance technology and innovation. 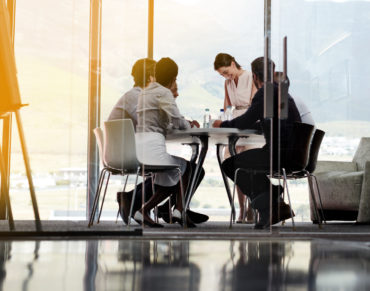 In partnership with founding anchor partner Munich Re, Sompo Insurance and the United States Automobile Association (USAA), Plug and Play launched on Thursday their newest program: Play and Play Insurance. The 12-week accelerator program is comprised of a network of reinsurers, insurance companies, brokers and automakers, and is designed for early and growth-stage startups.

Through tailored deal flow, themed workshops, and face-to-face interaction, Plug and Play Insurance enables insurance corporations to engage with startups that may complement their respective suite of offerings or create new potential revenue streams, Plug and Play said in a press release. Startups accepted into the program receive funding from Plug and Play Ventures, weekly mentor sessions with industry thought leaders and opportunities for potential pilot projects, all culminating at the Plug and Play quarterly demo day, EXPO. Dedicated startups will also get access to resources from Munich Re, the release noted.

Plug and Play’s model brings together a roundtable of complementary partners to guide the direction of the program and help decide which startups are accepted. Twice per year, participating corporate partners gather to determine the scope of the current round, and this will then be used to source 850 to1000 startup applications looking to innovate in the insurance industry.

“The US insurance market is extremely complex,” noted Tony Kuczinski, president and CEO of Munich Reinsurance America, Inc. “Through Plug and Play Insurance, startups targeting this space can gain guidance and insights from experienced industry players, while established insurers get access to innovative technology solutions that can help them remain relevant and competitive. There is enormous value for both sides in partnering.”

The release pointed out that there is an increased need for innovation in the insurance space, especially with the new opportunities that have emerged as the result of disruptive business models, large amounts of data, new technology and more channels for engaging users.

Jon-Michael Kowall, USAA’s innovation lead for home and auto insurance, said that “today’s changing trends, including the growing sharing economy, make a commitment to innovation critical for all insurers. Plug and Play’s innovation platform could lead to the next great ideas that allow the industry to lead the way into the future.”

Plug and Play has successfully launched innovation platforms in brand & retail, financial technology & security, connected health, Internet of Things, media, travel & hospitality and new materials & packaging, and will look to replicate the success of their model in the insurance industry, the release said. Startups considered for acceptance will be innovating in areas including disruptive business models, user centricity and experience, product innovation, advanced analytics and distribution.

Plug and Play CEO and founder Saeed Amidi said that with the guidance of Munich Re, Sompo Insurance and USAA, the company looks to “invest US$25,000 to US$500,000 in up to 30 insur-tech focused startups from around the world.”

The Plug and Play Insurance application will open at the launch event on May 26, which will feature 10 startups in the industry and bring together more than 50 corporations and investors.