A February storm that affected Brantford, Ont., as well as other areas of southwestern Ontario and Quebec, is estimated to have cost more than $57 million in insured damaged, Catastrophe Indices and Quantification Inc. (CatIQ) said Tuesday.

Between Feb. 19 and 22, a slow-moving high-pressure system brought high temperatures and heavy rains to parts of Southern Ontario, including Brantford, Chatham-Kent, London, Cambridge and parts of the Greater Toronto Area. 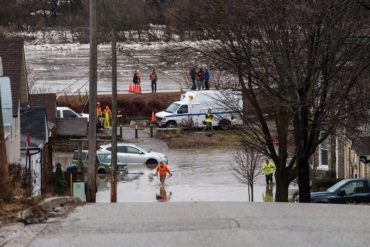 Brantford declared a state of emergency after the Grand River swelled and inundated homes and businesses. The Canadian Press said at the time of the incident that an ice jam on the river forced nearly 5,000 people from their homes.

In total, over $43 million in insured damage was reported in Ontario and more than $14 million was in Quebec.

CatIQ told Canadian Underwriter that the February storm was its second designated cat of the year. The first event was a winter storm in central and eastern Canada from January 11-14 that caused more than $54 million in insured damage: $33 million in Quebec and over $12 million in Ontario. The remainder of damage occurred in the four Atlantic provinces.

The January storm brought high temperatures and heavy rains to much of eastern Canada. Melting snow, ice jams and rainfall caused flooding in several parts of the region.