The Supreme Court of Canada announced Thursday it will hear an appeal from Deloitte & Touche, which was sued for $84 million in Ontario by the special receiver for Live Entertainment Corporation of Canada Inc., essentially for failing to detect a fraud scheme perpetrated during the 1990s by senior Livent officials. At that time, Livent was publicly traded and Deloitte was auditing Livent’s financial statements. 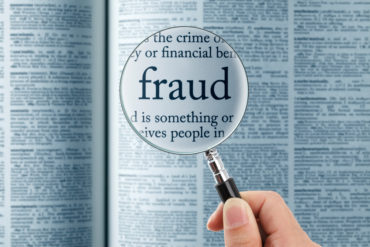 In a decision released April 4, 2014, Mr. Justice Arthur Gans of the Ontario Superior Court of Justice found that Deloitte “failed to meet its professional standard of care” while auditing Livent. The court awarded a total of $118 million, comprised of $84.75 million in damages plus interest, to Livent.

Court records indicate that Deloitte’s liability insurance covers the full amount of the judgment, which was upheld by the Court of Appeal for Ontario, in a unanimous ruling (by Mr. Justice Robert Blair, Mr. Justice Peter Lauwers and Ontario Chief Justice George Strathy) released Jan. 8. Deloitte applied for leave to appeal to the Supreme Court of Canada, which announced June 9 that leave to appeal is granted.

In a ruling by Justice Strathy, released May 24, 2016, the terms of the Superior Court of Justice judgment were stayed, pending determination of Deloitte’s application for leave to appeal to the Supreme Court of Canada.

Livent was initially known as MyGar, after Garth Drabinsky and Myron Gottlieb, who founded the firm in 1989 after leaving Cineplex Odeon Corp. Drabinsky and Gottlieb were sent to jail in 2009 after being convicted of two counts of fraud and one count of forgery under the Criminal Code of Canada.

Livent’s productions included Phantom of the Opera and Joseph and the Amazing Technicolor Dreamcoat. Livent had an initial public offering of stock in 1993 but went into receivership in 1999, the year after it restated its financial results for 1996 and 1997.

In the 2013 trial  – of the lawsuit filed in 2002 against Deloitte by Livent’s special receiver – Deloitte argued, among other things, that Livent’s losses were caused by Livent’s own illegal acts.

The criminal convictions of Gottlieb and Drabinsky were upheld in 2011 on appeal, though the jail sentences were reduced – to five years from seven years for Drabinsky and to four years from six years for Gottlieb.

From May, 1993 through June, 1998, “Livent went to the capital markets at least seven times,” Justice Gans wrote in 2014 in his ruling against Deloitte. Justice Gans added that Livent raised “$77.5 million by share and warrant offerings,” US$125 million “through the issuance of senior unsecured debentures,” and an additional US$77 million by share offerings.

Two private placements of Livent stock were made in 1998. A new investor – Roy Furman – became chairman and CEO of Livent. New managers discovered accounting irregularities and later in 1998, Drabinsky and Gottlieb were dismissed with cause. Also in late 1998, Livent restated its financial results for 1996 and 1997. Net earnings for 1996 – initially reported as $11-million – were revised to a loss of $18-million. The net loss for 1997 was restated as $98.67 million – more than double the initially reported loss of $41 million. Shortly after those revised income statements were released, Livent filed for court protection under the Companies’ Creditors Arrangement Act.

Livent was placed in receivership in 1999, with Ernst & Young appointed receiver. In November, 2001, Roman Doroniuk was appointed special receiver and manager of Livent. The following year, Doroniuk filed a lawsuit against Deloitte on behalf of Livent. Doroniuk alleged that as auditor, Deloitte failed to follow generally accepted auditing standards and that it was negligent in failing to discover material misstatements attributable to the fraud committed by Drabinsky and Gottlieb.

There were several accounting irregularities and frauds during the 1990s, Justice Gans noted.

For example, between 1991 and 1993 “at the behest of Drabinsky and Gottlieb,” an engineering firm “entered false or inflated invoices” to Livent, Justice Gans noted. When the invoices were discharged, the money received by the engineering firm “made its way back to Drabinsky and Gottlieb personally or to King Commodity Services Ltd., a company controlled by the two of them,” he added. “Gottlieb and Drabinsky received approximately $7.5 million, directly or indirectly, during this period of time.”

There was also a modification made to Livent’s accounting software that allowed Gord Eckstein [then Livent’s senior vice president of finance, who later pled guilty in Ontario to fraud], to “manipulate expenses either by backing them out of a particular accounting period, from quarter to quarter or into another year end, or moving them into and charging them against other activities or productions,” Justice Gans wrote.

In May, 1997, Livent entered an agreement to transfer air rights, over the Pantages Theater in Toronto, to a real estate firm. That total consideration was $7.4 million, but the agreement contained a “put” that allowed the buyer an option to exit the deal.

As a result of that “put,” Deloitte said in 1997 it was opposed to reporting the money from the air rights deal as revenue in Livent’s financial statements for Q2 1997.

“The matter appeared to come down to whether or not Deloitte would resign as auditors or whether or not some accommodation could or should be negotiated,” Justice Gans wrote, noting that Gottlieb and Eckstein “were now content to let Deloitte resign since they felt that Livent would be able to obtain a satisfactory opinion elsewhere, presumably from KPMG.”

Other Livent officials “felt that Livent would be adversely affected if Deloitte resigned prior to the proposed debt placement in the fall,” Justice Gans added.

A compromise was reached, in which Livent announced it would recognize $4.8 million in income in the third quarter rather than in the second quarter of 1997.

“Deloitte should have remained firm in its resolve to sever its relationship with Livent at the end of August 1997 at the earliest, but no later than the end of Q3, or September 30th, at the latest,” Justice Gans wrote, adding that Deloitte “was clearly aware that Livent’s management was more than merely pushing the envelope from a [generally accepted accounting principles] perspective.”

Deloitte disputed the finding that Deloitte should have resigned as an auditor of Livent, but that finding was upheld on appeal