A ruling last month by the Supreme Court of Canada means it will be more difficult for corporate directors to have oppression remedy lawsuits against them summarily dismissed by courts, a lawyer suggested Wednesday in a blog post. 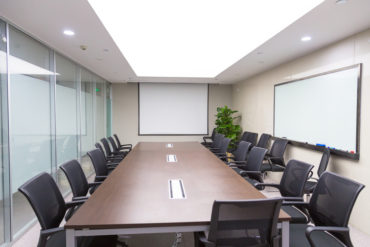 The decision in Wilson v. Alharayeri, released July 13, “raises concerns” that the court’s approach “to personal liability will result in the increasing exposure of directors to claims, whether or not such claims ultimately become successful,” wrote Dena Varah, a Lenczner Slaght lawyer whose specialties include shareholder disputes and insurance law, in a blog post on CanLII Connects.

In 2005, Ramzi Alharayeri was vice president of original equipment manufacturing at Actiontec Electronics Inc., Justice Stephen Hamilton of the Quebec Superior Court, District of Montreal noted in a ruling released in 2014. With a goal of developing new products, Alharayeri proceeded with a management buyout, of an Actiontec unit, through Wi2Wi Inc., a manufacturer of electronic components for wireless equipment now based in San Jose, Calif.

Alharayeri obtained financing and was ultimately issued both common and preferred shares in Wi2Wi, Justice Hamilton wrote. Alharayeri was CEO of Wi2Wi from 2005 through 2007, at which time Wi2Wi board members proceeded with a private placement – to common shareholders – of secured notes.  That private placement “would substantially dilute the proportion of common shares held by any shareholder who did not participate in it,” Justice Suzanne Côté of the Supreme Court of Canada noted in the court’s recent unanimous ruling.

CBCA Section 241 gives Canadian courts the power to make “an order compensating an aggrieved person” for conduct, on the part of a corporation or a director, for conduct that is “oppressive or unfairly prejudicial to or that unfairly disregards the interests of any security holder, creditor, director or officer.”

Justice Hamilton’s ruling was upheld by the Quebec Court of Appeal in 2015 and again by the Supreme Court of Canada in 2017.

Wilson argued that in order to have damage awarded, against an individual under the federal oppression remedy, oppressive conduct should be “properly attributable to an individual director or subset of directors.” Wilson further contended, in his appeal to the Supreme Court of Canada, that damages should not be awarded against an individual unless “he or she has used his or her position to obtain a personal benefit at the expense of the oppressed party.”

But the Supreme Court of Canada countered that “treating a personal benefit as a necessary condition” to awarding damages under CBCA Section 241 “would preclude personal liability in such a case,” where a ruling against a director “may otherwise be a fit and fair remedy” to the plaintiff.

In its ruling, the Supreme Court of Canada “rejected” Wilson’s “invitation to adopt a clearer and more systematic test,” Varah wrote in her CanLII Connects blog Aug. 16, 2017.

The ruling “raises concerns that this approach to personal liability will result in the increasing exposure of directors to claims, whether or not such claims ultimately become successful,” Varah wrote. “Given the criteria of ‘fairness’ that form the entry to director liability, it will be much harder for directors and officers to summarily dismiss personal claims against them – something that could result in more litigation and more uncertainty.”

In its June, 2008 ruling, the Supreme Court of Canada restored a ruling by the Quebec Superior Court approving of a plan of arrangement in which a group of investors, including Ontario Teachers Pension Plan, would buy all BCE shares. That deal was terminated in December, 2008, so BCE remains publicly traded.

In BCE, the Supreme Court of Canada explained: “In assessing a claim for oppression a court must answer two questions: (1) Does the evidence support the reasonable expectation the claimant asserts? and (2) Does the evidence establish that the reasonable expectation was violated by conduct falling within the terms ‘oppression’, ‘unfair prejudice’ or ‘unfair disregard’ of a relevant interest?”

Quoting from BCE, Justice Côté noted, in Wilson v. Alharayeri, that the oppression remedy “gives ‘a court broad, equitable jurisdiction to enforce not just what is legal but what is fair.’”

An oppression remedy “may go no further than necessary to rectify the oppression,” Justice Côté wrote, adding a remedy “may serve only to vindicate the reasonable expectations of security holders, creditors, directors or officers in their capacity as corporate stakeholders” and “may not vindicate expectations arising merely by virtue of a familial or other personal relationship.”

Oppression remedies “may not serve a purely tactical purpose” and should not let a plaintiff “jump the creditors’ queue by seeking relief against a director personally,” Justice Côté added.

But the Wilson ruling “fails to provide much clarity with regards to directors’ personal liability in oppression remedies,” Varah wrote. “It remains to be seen whether jurisprudence that follow this decision will provide the needed guideposts for when oppression claims against directors will succeed.”