Advances in wood engineered products and fabrication have made the idea of constructing timber tall buildings feasible and a genuine alternative to concrete, Eric Karsh, principal of Equilibrium Consulting Inc., suggested Thursday during the 43rd Annual Engineering Insurance Conference in downtown Toronto. 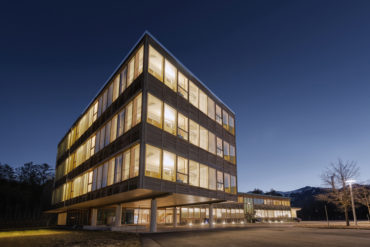 Karsh cited a study Equilibrium Consulting recently did for a client, in which it modelled a building in a computer and did some design work to prove it was feasible. “And we believe that it is,” he told attendees of the conference, presented by the Canadian Boiler and Machinery Underwriters Association.

“The idea of building 85-storey buildings out of wood until very recently was an idea that just appeared, quite frankly, ridiculous,” Karsh said.

Related: Wood tower at the University of British Columbia a game changer for construction

That sophistication relates not only to the material itself – there are now “some very advanced, very high-quality engineered wood products” – but also to the methods being used “to design with it and fabricate it,” Karsh explained. 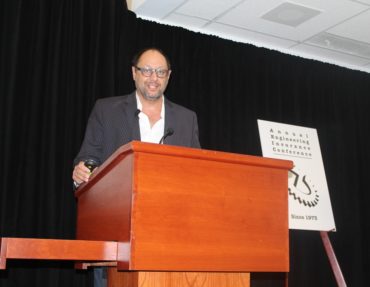 Add to that that modern connection systems are very efficient and very strong, he said “this allows us to build buildings that not very long ago we wouldn’t even consider building out of wood.”

However, when the building codes were developed in the 1940s and 1950s, “the idea of building with timber basically meant building with stick frame,” said Karsh (pictured above). “Stick frame, of course, because the timbers are very, very small, is particularly susceptible to fire,” he pointed out.

When building code committees “decided to classify things as combustible or non-combustible, they kind of ignored the option to do heavy timber, which they recognized doesn’t burn the same way or isn’t as prone to catching fire as light frame is, and so they put in a special category in the code,” Karsh said.

In essence, cross-laminated timber (CLT) is plywood panels made out of planks, which can measure “maybe 10 feet wide and 40 feet long and up to a foot thick,” he explained to attendees. “Solid wood panel construction is a construction system,” in which large panels are being put together, Karsh said, adding the panels can be glued or dowelled, and cross-laminated or edge-laminated.

In addition, he said, solid wood panel construction can be combined with concrete to do wood concrete composite.

“With these panelled products, we can achieve the same kind of performance with a wood building as we would achieve with a concrete building,” Karsh argued.

Following the release of a report by his company, he noted a number of criticisms that were raised about wood:

Citing a 1.5-hour test done for both solid wood beams and concrete, Karsh pointed out the test showed the wood charring and the concrete starting to spall.

“Once the concrete starts to spall, the rebar is exposed and you lose strength in the concrete,” he said. When the wood beams were cut, there was “a lot of sound material left in the middle, but the concrete actually failed before the wood failed.”

Karsh noted “when wood burns, there’s a char layer” and how quickly that layer progresses, depending on the specific wood species in question, can be calculated.

“The design approach is to compartmentalize the fire,” Karsh explained. “If the fire suppression system failed and there was a fire in the area of the second floor, the likelihood that it would break out and engulf the entire second floor is quite low,” he argued.

“The likelihood that you would get extended damage in a solid wood panel building is actually quite low because of the compartmentalization approach.”

Building code committees need to “realize a building of solid wood construction is not at all the same as building with light frame.” If they focus on performance as opposed to slotting materials in combustible and non-combustible categories, Karsh suggested that wood could be on the same footing as concrete.

With regard to seismic performance, “wood behaviour is, as it is for all materials, really, about the connections. When we design solid wood panels, we design the panel itself to remain rigid, which it does very easily, and for the connections to yield. Basically, it behaves the same way as a steel structure seismically.”

Tall wood buildings have already been erected, including a nine-storey structure in Europe and the six-storey Wood Innovation and Design Centre, one of the tallest contemporary wood buildings in North America, in B.C., Karsh pointed out.

Once “people realize that tall wood actually becomes cheaper than concrete, then everybody’s going to want to do it,” he predicted.

Karsh said one of the biggest advantages “is solid wood panel construction, which is all pre-fabricated, can be erected really fast.” Now in North America, “we’re just a few dollars a square foot apart (wood versus concrete). There’s no doubt in my mind that in a few years we’re going to be at par or lower,” he said.

“Solid wood timber construction is here to stay,” Karsh said. “We’ve moved from demonstration buildings to the marketplace. Developers and contractors are now hiring us to do feasibility studies on real projects that are budgeted.”