Transport Canada announced on Wednesday that it has launched a number of initiatives aimed at drone safety, including a “new incident-reporting tool to keep Canadians safe from reckless drone use.” 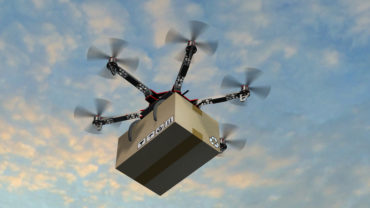 Kate Young, Member of Parliament for London West and parliamentary secretary to the Minister of Transport, on behalf of Minister Marc Garneau, outlined in a statement the “concrete steps that have been taken to improve safety and support innovation in one of Canada’s fastest growing industries: drones.”

The new online tool will help “keep Canadians safe from reckless drone use,” the statement said. “Every week, Transport Canada receives reports, emails and phone calls from concerned Canadians about drone safety incidents,” Transport Canada said in a backgrounder. “To simplify the reporting process, today a new online tool was launched that allows Canadians to report drone incidents from their mobile phones. The tool makes it easier for Canadians and helps the department gather valuable information that will assist inspectors with investigations.”

Besides details of the alleged drone safety incident, such as date, location, description of the drone and operator, the online form asks visitors such questions as:

Over the past year, Transport Canada has made progress on drones, also known as unmanned air vehicles (UAVs), the statement said. The department is currently focused on a number of key areas, including:

Stephen Patterson, chair of Fanshawe College’s Norton Wolf School of Aviation Technology, said in the statement that the college is offering Transport Canada-compliant training. “The growth and availability of drones and other unmanned aircraft have truly opened the skies,” he said. “Whether you’re flying for fun or work, it’s important to always put safety first.”

According to Transport Canada, anyone who operates a drone in a reckless and negligent manner, violates controlled or restricted airspace, or endangers the safety of manned aircraft could face fines of up to $25,000 and/or prison. If an operator does not follow the requirements of their SFOC, Transport Canada can issue fines of up to $3,000 for an individual and $15,000 for a business.