While consumers in the United States are excited by the progression toward “connected living,” they are also concerned about identity theft, cyberattacks and privacy issues, according to a new report from Assurant, Inc., a global provider of risk management solutions. 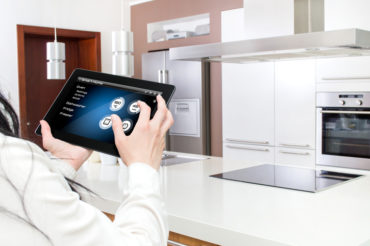 The whitepaper, titled The Connected Future: Navigating Promise and Risk and released on Thursday at the 2017 Consumer Electronics Show in Las Vegas, involved a poll of 2,500 adult consumers in the U.S. who own a smartphone and have a wireless service.

The study found that 68% of respondents reported that the benefits of connected technologies made their lives better is a variety ways. Savings (28%), enjoyment (21%) and peace of mind (21%) were the most cited benefits of web-connected home products. In addition, people who have the highest average ownership of connected products reported a 20% greater sense of well-being than those with the least average ownership, Assurant noted in a press release.

“Our survey clearly showed that most consumers believe connected technologies are improving their lives, especially when it comes to products that provide tangible value,” said Alan Colberg, president and CEO of Assurant in the release. “However, for consumers to embrace connected lifestyles in a significant way, the consumer technology industry must address consumer fears about the vulnerabilities of being connected.” 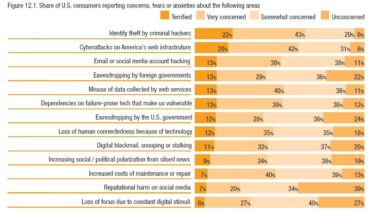 The survey indicated that 65% of respondents said that they were either ‘terrified’ or ‘very concerned’ about identity theft and 62% indicated similar concerns about cyberattacks. Privacy issues generated “somewhat lower but still significant fear,” the release said, with 42% ‘terrified’ or ‘very concerned’ about foreign government eavesdropping and 40% with the same reaction about similar activities by the U.S. government.

Consumers are still learning about the risks of connected living, the release added. For example, 52% of respondents were not at all aware of the October 2016 cyberattack blamed on Internet-connected products such as refrigerators and digital video recorders. When made aware of such incidents, nearly half (46%) said they would be ‘less likely’ to purchase connected products and devices.

A strong majority (79%) of those polled also said they were more likely to buy products that increase protection against privacy risks, with “technophiles” twice as likely to address this concern by buying extra protective services rather than abandoning their devices. According to Assurant, this helps explain why, across 21 Internet-connected products, an average of 45.2% of respondents who are considering purchases of one or more products in 2017 indicated that either a two-year extended warranty or an insurance policy covering theft, loss or damage increased their likelihood of buying.