Scientists with the U.S. Geological Survey (USGS) announced on Friday that they will be conducting field work to gather up-to-date information to help emergency managers track and respond to historic levels of flooding on Lake Ontario. 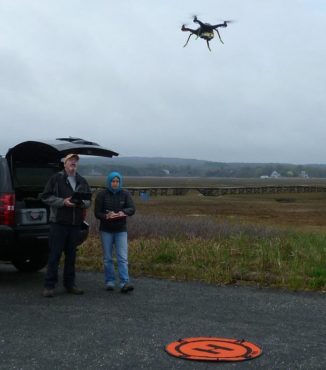 High waters on Lake Ontario and the St. Lawrence River have damaged hundreds of residential and commercial properties along the shoreline, leading New York Gov. Andrew Cuomo to declare a state of emergency in six counties around the lake. The flooding was caused by heavy rains that fell on the Lake Ontario basin, a 32,000-square-mile area that stretches between the United States and Canada, in April and May, USGS said.

The U.S. Army Corps of Engineers has estimated that roughly four trillion gallons of rain water has poured into Lake Ontario. The lake is now more than 30 inches above normal, the highest it has been since at least the 1950s, the release noted.

“This hasn’t happened in nearly a generation, so state emergency managers have not had to respond to an event of this magnitude in the era of modern science and technology,” said E. Robert Thieler, director of the USGS’ Woods Hole Coastal and Marine Science Center, which is collaborating with the USGS’ New York Water Science Center in the effort. “We will provide information and tools we’ve developed while working on ocean coast hazards, so that the state can have access to the latest science to inform their decision making.”

In Canada, Toronto city council reported last week that more than 800 residents and 30 businesses “have been forced to adapt to rising waters” at Toronto Island Park. A report titled Damages Sustained from Rising Lake Water Levels and Restoration Plans for Waterfront Parks said that in late May and early June, “Lake Ontario remained above the highest water levels recorded at any time since 1918.”

As of June 19, the Lake Ontario water level in Toronto was 75.85 metres above sea level. City staff estimated that it will take until the end of the year for the lake to return to an average water level of 74.5 metres. Staff have also estimated that to the end of July, the cost to the city will be about $4.881 million, including $4.9 million from revenue losses from ferry operations and permit cancellations and other costs for total costs of $5.365 million, partially offset by programming savings of $483,000.

For the U.S. study, hydrologists from the New York Water Science Center will install 14 water-elevation measuring devices along a 150-mile stretch of shoreline south of Watertown, N.Y. The gear includes eight rapid deployment gauges, which measure water elevation using radar, and six water pressure sensors, which are anchored below the surface and use the amount of water pressure on the device as a way to calculate water elevation, USGS explained in the release. Information from these sensors will supplement data from the National Oceanic and Atmospheric Administration’s existing lake elevation network. The scientists will also measure and record high water marks – the telltale lines left by seeds, weeds and leaves on buildings, bridges, trees and bluffs.

“We will use the data we’re collecting to determine the exact extent, depth and duration of the flooding,” said Robert Breault, director of the New York Water Science Center, in the release. “The information will also help us better understand flooding and wave dynamics that, in turn, will help us build more resilient coastal communities.”

Working with the New York-based teams, crews from the Woods Hole, Mass. centre will fly an unmanned quadcopter “about the size of a pizza box” over at least two shoreline areas: the Braddock Bay Wildlife Management Area near the town of Greece, N.Y. and Sodus Bay, between Rochester and Syracuse. Flying at about 160 to 300 feet above ground level, the quadcopter will take hundreds of photographs of individual shoreline features, USGS reported. Before each quadcopter overflight, field crews will deploy black and white targets as reference points in the photographs. USGS experts will then use computer “structure from motion” software, similar to that used in some 3D gaming apps, to analyze stereo views in those photographs as a basis for detailed shoreline mapping.

“It’s seriously computer intensive work that allows us to quickly develop a 3D elevation model of the coast,” Thieler said. “With that in hand, we can model beach erosion, vegetation changes and a variety of other flood effects.” That information will help the New York Department of Environmental Conservation and the New York Department of State understand coastal changes taking place in the wake of this flood and plan for any future flooding, USGS concluded.