More mergers and acquisitions (M&A) activity between managing general agencies (MGA) is likely in the future, since private equity is focusing on this sector, giving MGAs the fiscal tools to make acquisitions, the president and CEO of one MGA told Canadian Underwriter recently.

M&A “will allow acquiring [and] merging players to grow their volumes and find efficiencies, while giving the targets of acquisition another avenue for asset sale,” Stephen Stewart, president and CEO of Stewart Specialty Risk Underwriting Ltd. (SSRU) in Toronto, said Wednesday. “MGAs may look to acquire other entities or existing books and teams, as they may perceive less risk involved in this strategy than ‘starting from scratch’ by simply creating a new department and hiring underwriters.”

Stewart was responding to a question about whether the industry will see more MGA consolidation in the future.

While some MGAs have been bought by insurers and brokerages (for example, Intact’s acquisition of Frank Cowan and Westland Insurance’s acquisition of Agile Underwriting), there has been little MGA-to-MGA acquisition activity in Canada. Some in the insurance industry have suggested that there may be more MGA consolidation in the future because MGAs are battling for the same recycled accounts during hard market conditions, when capacity for these accounts is scarce.

Canadian Underwriter put the question to industry observers about whether Canada could see more acquisition activity among Canadian MGAs in the future. So far, opinion has been mixed.

Steve Masnyk, managing director of the Canadian Association of Managing General Agents (CAMGA), told Canadian Underwriter at the beginning of the month that there is very little M&A activity among MGAs because the market is still growing organically and is less mature than in other comparable countries, like the United States, United Kingdom and Australia. 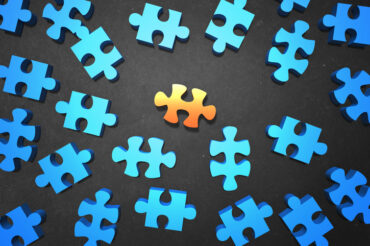 In the U.K., U.S., and Australia, MGAs represent almost 20% of the industry, compared to less than 10% in Canada. “If [Canada] follows what’s happened in the U.K., U.S., and Australia, there’s still room for an almost doubling the size of the sector,” Masnyk said. But he added that it remains to be seen whether a doubling of the sector will translate into more M&A activity.

What is the general appetite like for MGAs these days, given their specialized nature?

“The general appetite for MGAs has expanded, as carriers look for ways to grow their books and their underwriting talent through acquisition,” Stewart said. “Subrogation of underwriting authority allows carriers to write business they would not otherwise have the resources to entertain without investing in the creation of an internal department to do so. Brokers view MGAs as a more specialized and agile alternative to placing business directly with carriers, especially in sectors where the market is tight.”

Masnyk reported a shift in whether an insurer or MGA first takes on a risk. Historically, brokers would try to place a risk with a carrier first, then try an MGA. “Now brokers are trying both at the same time; and, in some cases, they are trying MGAs first.”

Stewart said his MGA is definitely see “a great deal more submission activity” during the ongoing COVID-19 pandemic. “The pandemic has caused many carriers to rethink their capacity deployment strategies, effectively shrinking a capacity pool that was already contracting. This has sent more business to market and SSRU has seen more submission activity because of this.”