Blais joined the company six years ago, through Intact’s acquisition of AXA Canada in 2011. He led AXA Canada’s operations for seven years as a board member and chief executive.

Elected in 2016 as board chair of The Insurance Institute of Canada, education provider to the property and casualty insurance industry, Blais has a bachelor’s degree in actuarial science from Laval University and is a Fellow of the Casualty Actuarial Society and the Canadian Institute of Actuaries. 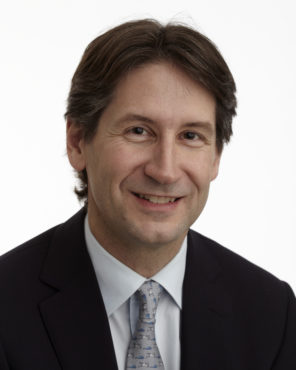 Intact’s announcement recognizes Blais’s pivotal role in the successful transition of employees and brokers. “I would like to acknowledge and thank Jean-Francois Blais for his contributions over the past six years,” Intact Financial Corporation CEO Charles Brindamour said in a news release. “He has made a strong impact in the broker network and played a pivotal role in the development of Intact Insurance.”

Alongside Blais’s retirement, Intact announced other changes to the roles and responsibilities of the company’s leadership team. They are:

Gagnon, Miller and Lamy will report to Charles Brindamour. All changes, including Blais’s retirement, are effective Jan. 1, 2018.

The company was not taking interviews at the time of the announcement, referring media to the contents of the news release.

“With consumer expectations changing at an accelerated pace and our recent entry into the U.S. market we are better positioning ourselves to adapt to our new North American scope, accelerate our customer driven transformation, optimize our distribution of services to Canadians across all channels and build on our outstanding talent,” Brindamour said in the news release.